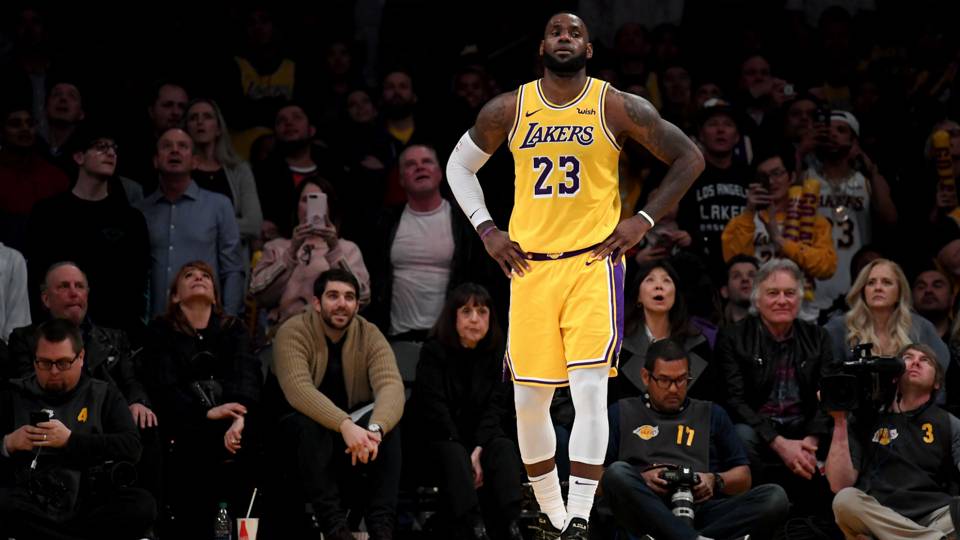 Off The Field: 4 Athletes Who Started Nonprofits

Get to know more about these four athletes who've created nonprofit organizations dedicated to social justice, education and community empowerment.

Most professional athletes have it made.

They play the sport they love and have the potential to earn millions of dollars. That said, some players believe the truest measure of their success is not determined by how much money they’ve made but by how much they’ve contributed to the global community.

Get to know more about these four athletes who’ve created nonprofit organizations dedicated to social justice, education and community empowerment.

From being honored by President Obama with a Presidential Medal of Freedom, to becoming one of Life Magazine’s “100 Most Important Americans,” legendary tennis champion, Billy Jean King has received some of our nation’s highest honors. In the tennis world, many recognize her as one of the greatest, but outside of the game, few may know that she is a champion for social change.

King is a highly influential women’s rights advocate and in 1973 spearheaded the formation of the Women’s Tennis Association (WTA). Utilizing the WTA’s platform, she threatened a boycott of the 1973 U.S. Open if pay inequality wasn’t addressed. Once her demands were met, the U.S. Open became the first major tournament to offer equal prize money to women and men.

King founded The Women’s Sports Foundation to advance the lives of women and girls through sports and physical activity in 1974. Today, the foundation provides scholarships and grants to aspiring athletes, funds groundbreaking research and public awareness campaigns and provides educational opportunities for students.

Mariano was a pitcher the New York Yankees from 1995-2013. The All-Star is regarded as one of the most dominant relievers in major league history; he was named the 1999 World Series Most Valuable Player (MVP) and the 2003 AL Championship Series MVP.

The champ gave it his all in baseball and continues to do so with his philanthropic endeavors. Through the Mariano Rivera Foundation (MRF), he provides aid to impoverished communities through medical assistance, education, social and economic development. In addition to purchasing hospital ambulances and rescue vehicles for poverty-stricken communities, the organization has provided health clinics for children in cities where they were previously non-existent.

3. Russell Wilson And The Why Not You Foundation

Seattle Seahawks quarterback Russell Wilson has achieved a great deal during his football career. While his performance on the field has received plenty of attention, he wants to focus on you. His Why Not You Foundation addresses health and social issues including cancer, diabetes, domestic violence and world hunger. Since founding the organization in 2014, Wilson has donated hundreds of thousands of dollars, alongside his partners, to various charitable organizations. Last year the organization partnered with NASCAR driver Kasey Kahne’s foundation to donate $400,000 to the Seattle Children’s Hospital’s Strong Against Cancer Initiative.

Wilson also volunteers his time with the hospital every Tuesday and most recently partnered with Amazon to provide electronics, toys, and gift cards for patients.

In an effort to put a stop to domestic violence, Russell’s foundation launched the “Pass the Peace” social media campaign. This initiative was created to increase awareness of and raise money for the National Domestic Violence Hotline (NDVH). This organization provides support and resources to victims who have been abused. To date, Wilson’s foundation has raised just over $100,000 dollars for NDVH.

LeBron “King” James is one of the NBA’s most valuable and versatile player and his on-court achievements are many. He is 2-time NBA World Champion, 4-time league MVP, and an Olympic gold medalist, to start. While these are all amazing accomplishments, his dedication to children and education is equally noteworthy.

Brown and his mother founded The LeBron James Family Foundation in 2004, not long before he entered the NBA draft. The organization strives to help children and single-parent families in need, through a variety of educational and health programs.

The mission of his organization has been to address and quell the national school drop-out rate. According to the foundation, a child drops out of school every 26 seconds. Using LJFF as a launching pad, James’ foundation has created several other specialized ancillary organizations that further his mission.

Wheels for Education: The organization provides mentorship opportunities and bikes for underprivileged students.

Akron I Promise Network: Upon graduating from the Wheels for Education program, 6th graders enter AIPN and remain with the organization until they graduate. The program provides educational and mentorship opportunities for students. It also orchestrates community events like the I Promise Family Reunion, a community luncheon for Akron residents.

Most recently, the foundation partnered with the University of Akron and pledged $41.5 million dollars to provide full-ride scholarships. The scholarships will be allocated to students who are both eligible for the university and are members of Lebron’s Akron I Promise organization. James says that he plans to provide scholarships for 1,100 students.

Each of these athletes recognizes that their success provides the opportunity to become catalysts for change in the world.  We applaud their phenomenal dedication to community service and advocacy.