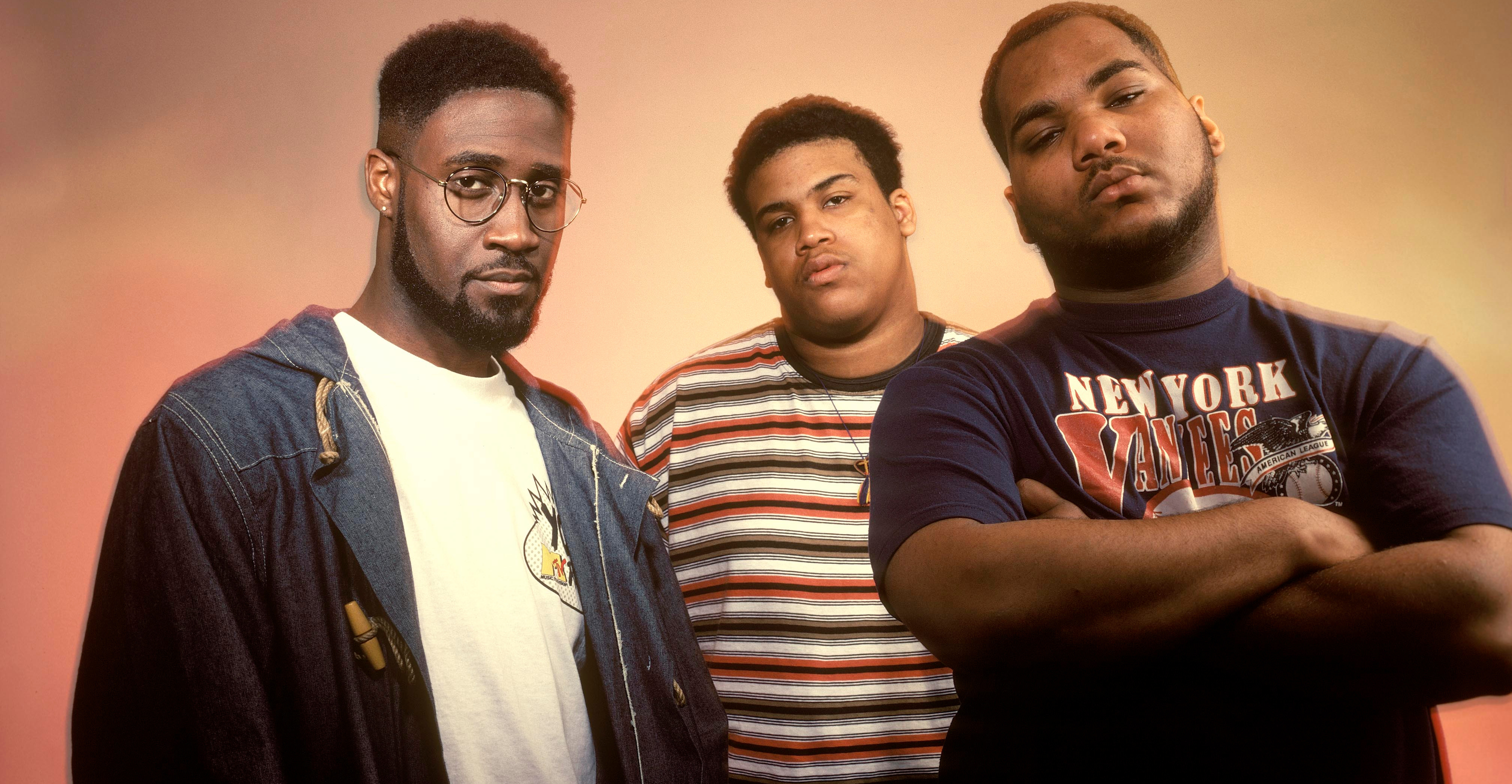 While those discussions between De La’s team and its former label are presumably ongoing, Drink Champs published the full interview with Plug 1, Plug 2, and Plug 3. It includes that previously-released part of the discussion, as well as some noteworthy history surrounding the group who is currently celebrating 30 years since releasing platinum-certified debut, 3 Feet High And Rising.

“Dave too,” interjects Maseo, as the three Grammy Award-winning artists laugh, along with EFN and Noreaga. “That was when Chris and ’em got into it?” Dave asks his band-mates. Posdnuos replies, “Yeah. [Some people] slashed Chris’ face.”

Maseo takes over. “It was the night Chris Lighty got cut in his face. It was pandemonium that night. That’s all. You step up for your family and handle sh*t, pretty much.” Plug 1 and Plug 2 recall Jungle Brothers being present, along with Queen Latifah, and Lighty’s Violators crew. “Out of all that that was goin’ on, somebody tried to steal the [cash] register,” Dave remembers with a smile.

Chris Lighty, who passed away in 2012, was a member of the Native Tongues super-group with De La Soul, Jungle Brothers, Queen Latifah, Monie Love, A Tribe Called Quest, Black Sheep, Leaders Of The New School, Chi-Ali, The Beatnuts, and others. Lighty would go on to manage the careers of Tribe, LL Cool J, Puff Daddy, Busta Rhymes, 50 Cent, as well as N.O.R.E.

This part of the Drink Champs conversation goes to the origins of the Native Tongues. Although the collective never released an album, it led to several incredible collaborative songs, including De La Soul’s “Buddy” and its Native Tongues remix.

Asked about the collective, Dave begins, “We had this gig in Boston. Jungle [Brothers and Finesse & Synquis were] on the bill as well.” N.O.R.E. asks who was originally down. “To begin with, it was us, Tribe, and Jungle,” Dave confirms. He credits Jungle Brothers’ MC/producer Afrika Baby Bam for coming up with the idea. “We met at a gig, exchanged numbers, wind up hanging out [later].” He continues, “From there, it created a relationship. Eventually, we was in the studio; we invited them to the studio. For us, the studio was just [a place] to invite friends. And if you happen to be there, you’re gonna be a part of what’s going on.”

In 1988, the JBeez (which also included Mike G and Sammy B) made “The Promo” and “Black Is Black,” featuring Q-Tip. In 1989, 3 Feet High…, Jungle Brothers’ Done By The Forces Of Nature, and Latifah’s All Hail The Queen included members of this spawning group. In 2018, the Black Eyed Peas released “All Around The World,” which involved the late Phife Dawg, Pos’, and Ali Shaheed Muhammad.

Elsewhere in the interview, at 1:10:00, Posdnuos recalls Prince interrupting an Electric Lady Studios session he had booked with The Roots’ Questlove during the recording of 2000’s AOI: Mosaic Thump. “I’m a Prince fan, but as a man, I was f*ckin’ pissed,” Plug 1 admits when The Purple One was less than apologetic for commandeering all the rooms in Jimi Hendrix’s studio to show his upcoming album to the Warner Bros. Records brass.

De La Soul is currently preparing to release an album produced by DJ Premier and Pete Rock. During the Drink Champs episode, they briefly describe taking a recent studio session with Preemo and testing the results in the Gang Starr member’s car.