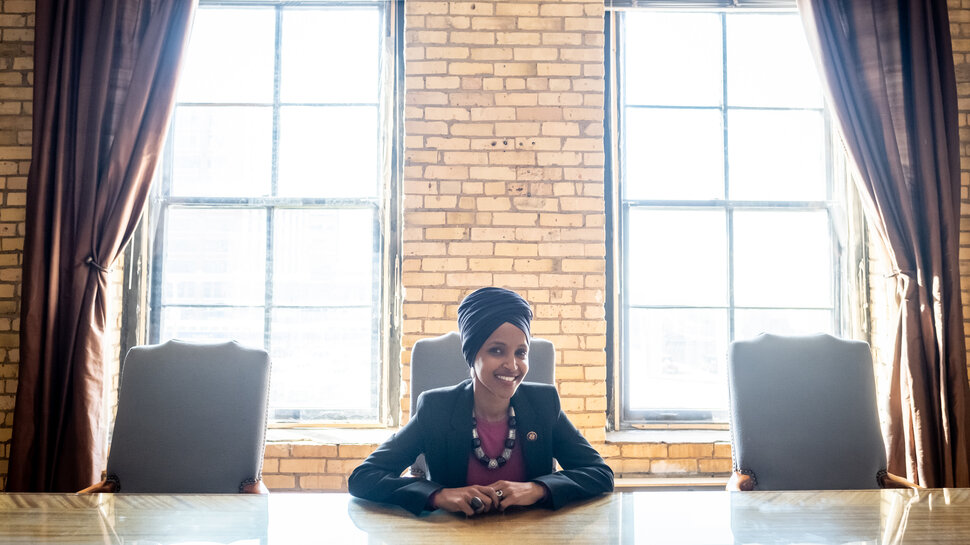 Last week, black women from around the country took to Washington, DC to stand up for Rep. Ilhan Omar (D-MN). The “Black Women In Defense of Ilhan Omar” rally was organized by the Movement for Black Lives (M4BL) in response to threats against Omar’s life.

Since election to Congress in 2018, Omar has been the subject of racist and Islamophobic attacks by Republicans. But, in April, she began to experience an uptick in death threats after President Trump shared an out of context video on Twitter, where Omar discussed the Sept. 11, 2001 attacks.

Omar was grateful for the support offered to her at the rally, where the underlying message said, “Black women will not be silenced from speaking out about sexism, racism, and bigotry.”

While the rally itself was intended to defend Omar, it also demonstrated how threats of violence against black women elected officials have increased under the Trump administration. Trump has targeted black women within the field of journalism, as well as within the U.S. House of Representatives; such as with Rep. Frederica Wilson (D-FL), Rep. Maxine Waters (D-CA), and now Omar.

Advocates say the Democratic Party has not done nearly enough to stand up to Trump in this regard. While many Democratic leaders have spoken out about Trump’s tweets, he has yet to be officially censured or reprimanded. To that end, black women are using their various platforms to speak out—not just about the hatred and violence that Trump is inciting, but also to hold Democratic officials accountable.

Makia Green, an organizer for Black Lives Matter DC, told Blavity Politics that despite the history of silencing black voices, black women will always push back.

“We are making a declaration of support in defense of Rep. Ilhan Omar and [are] targeting the Democratic leadership to let them know that not only do we see their silence, but we are making our demands clear that they speak out against the attacks on her and take legal action to censure President Trump,” Green said.

Rep. Ayanna Pressley (D-MA) has also said black women will no longer be silent in the face of hatred and bigotry.