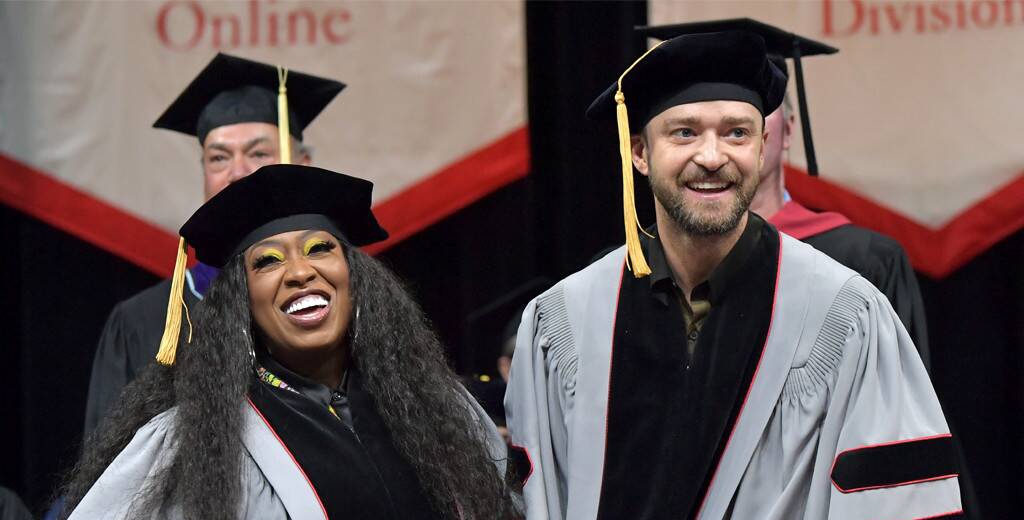 If there’s only a handful of redeemable qualities about 2019, surely one of them is this: it’s the year Missy Elliott is getting her flowers.

Earlier in 2019, the hip-hop innovator and vanguard became the first female hip-hop artist inducted into the Songwriters Hall of Fame. Now, Elliott’s officially a doctor, walking across the stage at Berklee College of Music on Saturday to receive her honorary degree.

“This year’s honorary doctorate recipients are being recognized for their achievements and influences in music, and for their enduring global impact,” Berklee said in a March statement.

Elliott also delivered a speech at the weekend commencement ceremony emphasizing resilience—not surprising for a musician whose career has spanned three decades.

As she went up to receive her degree, Elliott got visibly emotional.

“Let me just soak it in,” she said once she approached the podium, fanning tears from her eyes.

During her short speech, Elliott told Berklee graduates to prepare for ups and downs, recounting her own personal challenges in the music industry: her excitement when she was first featured on a track, only to be caught off-guard by the accompanying video. There was her voice on the TV—except it was coming out of a slimmer, conventionally prettier woman.

“That was the first time I realized that maybe I wasn’t the look of beauty that people thought beauty was then. And that discouraged me,” she said. “But I kept going.”

Elliott talked about being dropped from a girl group, and the time she was nominated for 12 awards. She had her speech written out and even practiced in the mirror the night before the ceremony, she said, only to come away from the awards show empty-handed.