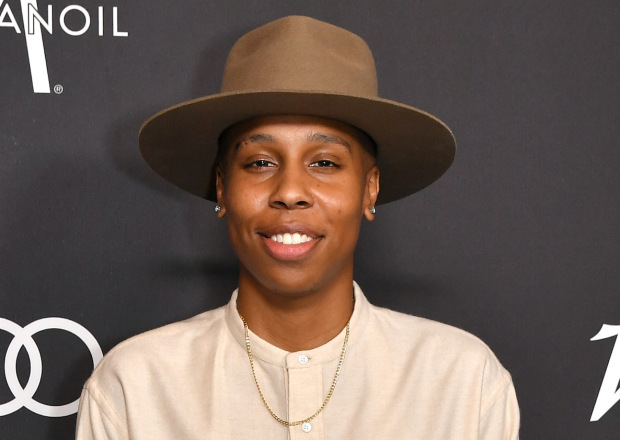 The Receipts: Let’s Breakdown How Lena Waithe Lifts As She Climbs

LENA WAITHE HAS BEEN INTENTIONAL ABOUT CREATING JOBS AND OTHER NUMEROUS OPPORTUNITIES FOR THOSE SHE’S COLLABORATED WITH. IT’S AN EXAMPLE WE CAN ALL LEARN FROM

There are two ways you can deal with success, and that’s to make your way to the top alone or use your success to create opportunities for others. One person who is not riding her wave alone is the multitalented Lena Waithe.

Even in the early stages of her stardom, Waithe has been intentional about creating jobs for those she’s collaborated with. Even with her first-look deal with Showtime she’s maximized this opportunity to work with content creators to develop an ecosystem that is not only telling Black stories but hiring Black talent.

Ahead, here are just a few ways Waithe is passing the torch and paying it forward

Her Former Bosses Taught Her How To Pass The Torch

Lena Waithe has learned from the best in Hollywood. She’s interned and worked for Gina Prince-Bythewood, Mara Brock Akil and Ava Duvernay before her big break and watch how these women, told the stories of Black women, hired other Black women and created opportunities for Black women. Her former bosses laid out a blueprint of how to create an ecosystem that opens doors for others to win. Waithe told Entertainment Tonight, “helping to ensure that more voices are heard, that more people have opportunities, and helping ensure their voices are not diluted and that they are coming through the right filters.”

She Brought Her Web Series Actors To The Big & Small Screen

Like so many of us, Waithe created and released her content on the internet capturing a following and an audience who loved her web pilot presentation Twenties, web series Hello Cupid, and the viral video Shit Black Girls Say featuring rising stars. When Waithe found the opportunity to take her writing and producing abilities to the big and small screens she brought many of the actors she’d previously worked with along with her. Ashley Blaine Featherson, Courtney Sauls, Nia Jeveria, Marque Richardson and Brandon Bell are just a few of actors that we have seen in Waithe’s web productions become staple actors in Dear White Peopleand Step Sisters.

She Partners With Other Creatives To Jump-Start Projects

Waithe is not creating magic on her own. Working alongside her long-time collaborator Justin Simien helped each other breakout to become household names. However, her collaboration with Aziz Ansari’s Master None which lead to her Emmy win and a first-look deal with Showtime that allowed her to open doors to launch projects with other people. One of her first projects is with cultural commentator and content creator, Kid Fury for his upcoming comedy series.

Employing Those Who Can Tell Our Story

With Waithe’s The Chi, she was intentionally about telling the stories of Black life in Chicago by hiring actors and people behind the scenes too from the area. A former Chicago police officer is a writer for the Showtime series, and two of the show’s directors are from the Southside including Salli Richardson-Whitfield. She and her showrunner also reached out to Chicago universities to hire staff for the production team.

Feeling like a unicorn in the writing scene in Hollywood, Waithe along with Nkechi Okoro Carroll and Erika L. Johnson assembled a group of black women writers for a networking meeting which is now called Black Women Who Brunch. The group which has 80 members gather for food and good times, but also a chance to network and find opportunities for each other.”It’s not just a community we’re building, but a resource. We really are able to recommend eight or nine black women for certain jobs,” Waithe told The Hollywood Reporter.

Black women have a harder time working their way up to senior level opportunities in the writer’s room. According to a Color of Change report, Black showrunners represent only 5.1 percent TV showrunners. For season two of The Chi, Waithe turned one of her writer sisters, Ayanna Floyd Davis into the showrunner for the Showtime series.