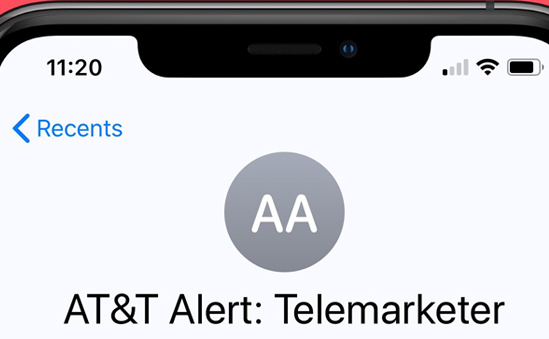 New iPhone update will help you fight robocalls, here’s how it works

Apple’s new iOS 13 software for iPhones coming this fall will help you stop robocalls. It’ll automatically send the calls to voicemail instead of ringing your phone.

But you might want to leave this feature off since it does this for all numbers that aren’t in your address book, which means you could miss important calls.

iOS 13, which is already available for beta testing ahead of its September launch, will help you ignore those annoying robocalls you keep getting. It doesn’t block the numbers entirely, but it will help you stop your phone from ringing at all if an unknown number calls.

The feature is called “Silence Unknown Callers,” and it’s built into the phone settings app.

Here’s how to use it:

How to stop robocalls in iOS 13

This automatically sends unknown callers to voicemail. There are times where you might want to leave this off, though.

If you’re expecting a call from a doctor you might not have in your address book, then you should turn the feature off to prevent their call from going to voicemail. Or, if you regularly receive important calls for business that you might not always recognize, then again this feature might not help you much. At least everyone can still leave you a voicemail.

Google has a feature I like even more on its new Pixel phones, which automatically screens calls and uses the Google Assistant to speak with the person on the other end. I don’t see Apple adding something similar soon, but it might not need to if wireless carriers are able to do a bulk of the blocking on their end.