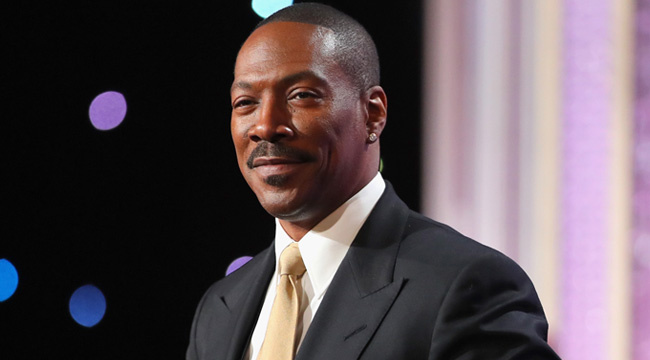 Eddie Murphy is gearing up to get raw again.

The reclusive comedy legend, 58, hasn’t been on the standup stage in years, but he’s reportedly in talks with Netflix for a series of comedy specials, sources close to Murphy tell TMZ.

TMZ admits they’ve been “unable to firmly confirm the exact figure” at this point, but that dollar amount is certainly in line with what headliners of the “Beverly Hills Cop” legend’s caliber can demand from the streaming giant.

Dave Chappelle raked in $20 million for each of his three award-winning specials, Chris Rock banked $40 million for his two-show package and Amy Schumer reportedly asked for — and received — more than $11 million for her last Netflix showcase.

Let us not forget that the former “Saturday Night Live” star — and Oscar nominee for “Dreamgirls” — actually helped pioneer this game. His popular — albeit ultra-raunchy and possibly homophobic — live specials “Eddie Murphy: Delirious” and “Eddie Murphy: Raw” paved the way for this format back when Chappelle and Rock were doing bit parts in B movies.

The prolific baby-maker has been teasing a return to the live stage for some time, and even stoked the flames of fandom during his recent surprise appearance on Jerry Seinfeld’s “Comedians in Cars Getting Coffee.”

“You know that you not doing stand-up drives people crazy — you know that, right?” Seinfeld, 65, asked “The Nutty Professor” star.

Murphy admitted that the “last time he saw” Don Rickles shortly before his death in 2017, the legendary insult comic pushed him to step up to the mic again.

“I’m gonna do it again. It’s just, you know, everything has to be right,” Murphy told Seinfeld. “The only way I can get, like, an act is I gotta go to the clubs and work out.”