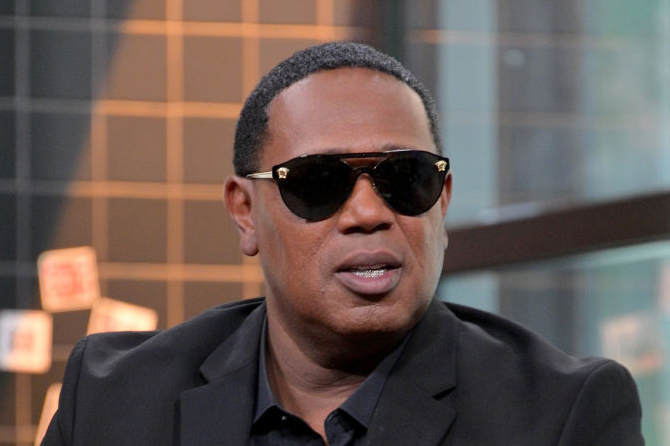 When Master P decided to make I Got the Hook-Up 2, studios didn’t exactly jump at the chance to finance a sequel to an urban comedy that grossed $10 million at the box office in 1998. The rap mogul wasn’t deterred, though, and instead put up his own money to produce the film, and tapped into the power of social media to fill the cast and market it.

“The studios are not going to let us in,” Master P, real name Percy Miller, told Deadline this week. “They don’t understand that it’s a market for urban movies, urban comedies, all of that.”

Bob Johnson’s Urban Movie Channel in partnership with RLJE Films released I Got The Hook-Up 2 in theaters and VOD on July 12.

The film is currently number 31 on the domestic iTunes movie chart, and adds another six theaters this weekend.

“This is a movement to where African American and Latino filmmakers can own their product and put it in theaters and put it on VOD at the same time,” Master P said. “That way we can put money back into the community and we can help us. That’s what this is about for me with Hollywood. We are not benefiting from our creativity.”

ComScore recently began compiling a chart documenting box-office performances of independent films. Paul Dergarabedian, senior media analyst at ComScore, described the film’s opening as “excellent,” and said it would have performed even better in Master P’s home state of Louisiana, had it not been for theaters closing because of Hurricane Barry.

“I think there’s more gas left in the tank for this movie,” he said.

Dergarabedian noted that the film’s release strategy showed “independent films can be truly independent.” Although he cautioned it won’t work for all indies.

“Obviously, it’s a sequel to I Got the Hook-Up, so there’s already the brand recognition from the first film and Master P is a huge name,” he said. “I don’t know if the average person can do this type of release.”

The original film featured Master P and comedian AJ Johnson as small-time scam artists known as Black and Blue. This time around, Black and Blue are back and run a local restaurant, which gets shut down. They hatch a plan to make some fast cash, but run into problems.

The music mogul said it was Romeo’s idea to make the sequel. The two put up $5 million of their own money and produced it through Master P’s Genius Minds Productions. They filled the cast with social media stars rather than high-priced Hollywood talent, though Master P said the influencers were paid SAG-AFTRA wages.

“I had a casting call with regular actors, and then I started bringing in some of the social media stars, like DC Young Fly, Fatboy SSE, Erica Mena, JuJu,” he said.

He described the social media stars as “hungry,” and said by owning the film, he was able to give them opportunities.

Once it was time to market the movie, the influencers spread the word to their millions of followers on Instagram, Facebook and Twitter. Instead of trying to get ink space in print publications, Master P and Romeo used their celebrity status to promote the movie on national TV shows.

“This is grassroots marketing,” Master P said. “We can’t compete with like a Spider-Man‘s $200 million budget and stuff like that. But this is going to open up those doors and avenues to show Hollywood that this is real.”

He hopes the studios take notice of his strategy.