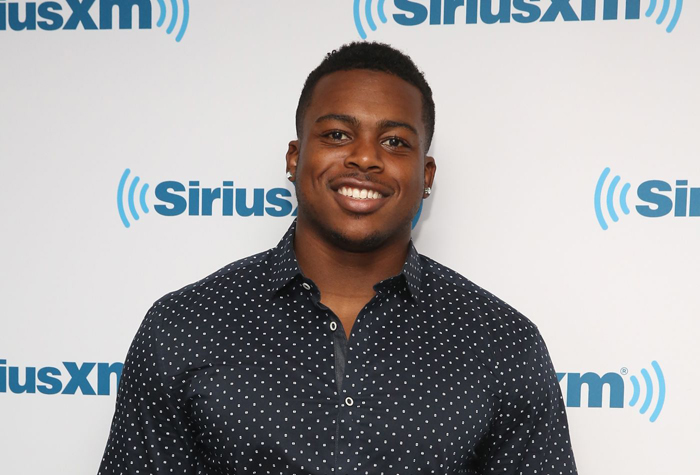 Brandon Copeland is paying attention to numbers on and off the field.

The New York Jets linebacker, who recorded 35 tackles and five sacks last season, spent time in a classroom on Mondays at the University of Pennsylvania last spring semester. But the 28-year-old wasn’t there to take down notes and earn a grade — instead, Copeland was teaching a class financial literacy with Dr. Brian Peterson, the director of Penn’s Makuu Black Cultural Center, according to ESPN.

The class, called “Life 101,” was created to give college students practical lessons on finances, such as budgeting and investing, like understanding the benefits of a traditional 401K or a Roth IRA.

“Even if you don’t go to college, you’re going to use something in this class,” he added. “Your credit is going to matter.”

While he doesn’t claim to be a financial expert, Copeland has a special way of connecting with students, sophomore Mark Jackson told ESPN.

“I was kind of shocked how good of a professor he was,” Jackson said. “I didn’t go in with any expectations, but he’s a very, very smart guy, and you can just tell it by listening to him. He knows what he’s talking about, and he’s obviously willing to learn.”

While Copeland has made a fortune playing in the NFL, he has done his best to use it wisely. According to CNBC, almost 60 percent of his post-tax salary has gone to long-term investments, while another 30 percent goes to his savings.

Copeland then lives off of the 10 to 15 percent that he allows himself, while the money he stashed away in his accounts slowly grow. It’s a combination that works for him personally, he said, and he doesn’t recommend it for everyone if they can’t reach those numbers.

“Anything I can get into an account and just let sit, I’ve got to a point where I have enough, where if football is over today, I have more than enough to take care of me for a while,” Copeland said.

Copeland’s strategy is similar to another NFL star, the now-retired Rob Gronkowski, who lives off his multi-million-dollar endorsement deals, and claims to have not touched the money he made from his NFL contracts.

“To this day, I still haven’t touched one dime of my signing bonus or NFL contract money,” Gronkowski, 30, said in 2015. “I live off my marketing money and haven’t blown it on any big-money expensive cars, expensive jewelry or tattoos and still wear my favorite pair of jeans from high school.”