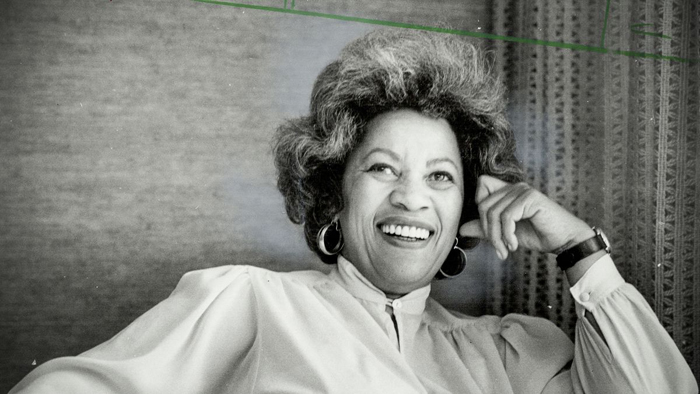 The trailblazing author Toni Morrison, winner of the Nobel Prize in Literature and the Pulitzer Prize in Fiction, died Monday night at the age of 88, her publisher, Knopf, confirmed Tuesday.

She died at Montefiore Medical Center in New York City, a spokeswoman for Knopf said in a statement. A cause of death was not specified.

Her family also confirmed her death Tuesday in a statement, issued through Princeton University, where she had taught since 1989.

“It is with profound sadness we share that, following a short illness, our adored mother and grandmother, Toni Morrison, passed away peacefully last night surrounded by family and friends. She was an extremely devoted mother, grandmother, and aunt who reveled in being with her family and friends. The consummate writer who treasured the written word, whether her own, her students or others, she read voraciously and was most at home when writing. Although her passing represents a tremendous loss, we are grateful she had a long, well lived life.

While we would like to thank everyone who knew and loved her, personally or through her work, for their support at this difficult time, we ask for privacy as we mourn this loss to our family. We will share information in the near future about how we will celebrate Toni’s incredible life.”

Morrison was best known for her 1987 Pulitzer Prize-winning novel “Beloved,” later adapted into a 1998 film starring Oprah Winfrey and Danny Glover. In 1993, she was awarded the Nobel Prize in Literature, becoming the first black woman to receive the honor.

The Nobel committee honored her career and dedication to centering the lives and histories of African Americans, writing in its citation that Morrison’s work is “characterized by visionary force and poetic import” and “gives life to an essential aspect of American reality.”

In 2012, then-President Barack Obama awarded her with the Presidential Medal of Freedom.

“I remember reading ‘Song of Solomon’ when I was a kid and not just trying to figure out how to write, but also how to be and how to think,” Obama said, referring to her 1977 novel.

Prior to becoming a legendary author, Morrison blazed trails at Random House from 1967 to 1983, becoming the first black woman editor at the storied publisher. In that role, she championed the work of many writers of color, publishing the work of black luminaries including Gayl Jones, Toni Cade Bambara, Henry Dumas, Huey P. Newton, Muhammad Ali and Angela Davis.

“Toni Morrison’s working life was spent in the service of literature: writing books, reading books, editing books, teaching books. I can think of few writers in American letters who wrote with more humanity or with more love for language than Toni,” Knopf Chairman Sonny Mehta said in a statement to HuffPost Tuesday. “Her narratives and mesmerizing prose have made an indelible mark on our culture. Her novels command and demand our attention. They are canonical works, and more importantly, they are books that remain beloved by readers.”

Morrison was a graduate of Howard University, the historically black university in Washington, D.C., where she later taught while writing her debut novel, 1970′s “The Bluest Eye.” She also held teaching positions at Yale, Bard College, Rutgers and the State University of New York at Albany.

Born Chloe Ardelia Wofford in Lorain, Ohio, on Feb. 18, 1931, Morrison was the second of four children to working-class parents George and Ramah Wofford, who left the South during the Great Migration.

Morrison had two sons, Harold and Slade, with ex-husband Harold Morrison, whom she divorced in 1964.

In 2010, Slade died of pancreatic cancer at the age of 45. Reflecting on her son’s death in a 2012 interview with The Guardian, Morrison rejected the idea of “closure.”

“It’s such an American thing. I want what I got. Memory. And work. And some more ibuprofen,” she said with a laugh.