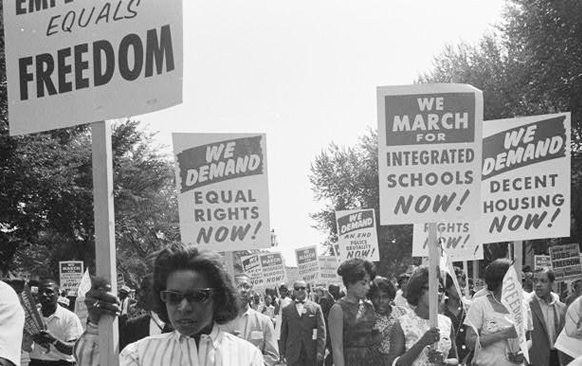 Jay Z and Will Smith are throwing on their producer caps to bring a new TV series chronicling the Civil Rights Movement as told by the women behind it.

ABC is said to be developing the eight-episode series, which has a working title of Women of the Movement. Jay Z and Will Smith will be part of the producing team, Deadline reports.

The first season will center on the work of Emmett Till’s mother, Mamie Till, whose life was devoted to seeking justice for her son after his brutal murder in 1955. The series, written by Marissa Jo Cerar, is inspired by Devery S. Anderson’s book, Emmett Till: The Murder That Shocked the World and Propelled the Civil Rights Movement.

On August 28, 1955, Till was kidnapped and murdered when Carolyn Bryant claimed the then 14-year-old Chicago native whistled at her in a Money, Mississippi, grocery store. Bryant’s husband, Roy Bryant, and his half-brother, J.W. Milam, were acquitted by an all-White jury for the murder.

The brothers later confessed to the crime in an interview with Lookmagazine. In 2017 Bryant admitted that she lied about her interaction with Till, finally acknowledging that her false statement led to the child’s death.

Till’s killing is considered a turning point in the Civil Rights Movement after his mother, Mamie Till, insisted on an open casket during his funeral. The images of Till’s beaten and bloated body drove home the brutality used against Black people in the South.

A release date has yet to be announced.