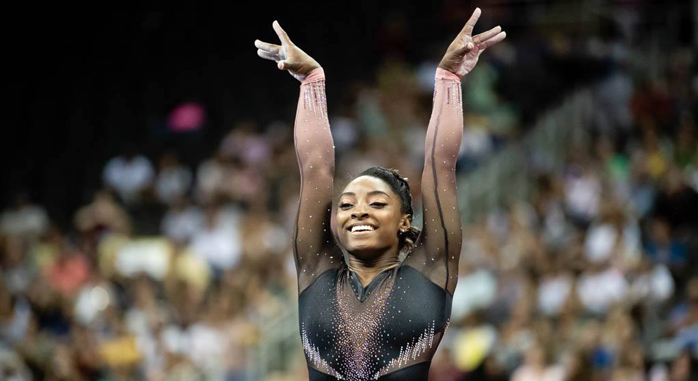 On Saturday at the 2019 U.S. Gymnastics Championship in Kansas City, Missouri, the five-time Olympic medalist made history, becoming the first gymnast to land a double-twisting, double somersault dismount from the balance beam in a match.

She did herself one better on Sunday, becoming the first woman to perfect the triple-twist, double-flip move in her first pass on floor.

The 22-year-old had tried the move in preliminaries on Friday and didn’t exactly nail it. After shorting on the triple-twist, double-flip, she told ESPN: “I still get really frustrated because I know how good I am and how well I can do. So I just want to do the best routine for the audience and for myself out here.”

Biles’ nailing the tricky move on Sunday made her the first female gymnast to land two new moves in competition and her sixth title at the championships, tying Clara Schroth Lomady’s record set in 1952.

If Biles throws either one of her history-making moves at October’s world championships, it will be named after her.