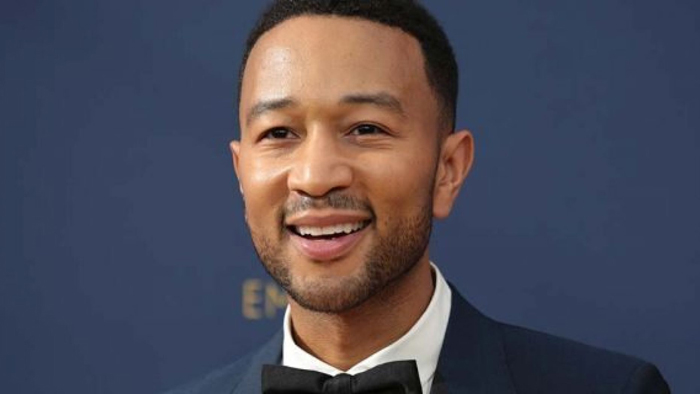 John Legend spoke out about gun violence in Dayton, Ohio, on Sunday one week after a mass shooting there left the town, and the nation at large, devastated.

The 10-time Grammy Award winner has a personal connection to the Buckeye State, having been raised in Springfield, about 30 minutes northeast of Dayton.

His Sunday appearance included an intimate performance at Blind Bob’s Bar in Dayton’s Oregon District, the area where the Aug. 4 shooting took place.

Legend’s offstage remarks, however, left an even deeper impression. Before hitting the stage, the singer-songwriter held a news conference with Dayton Mayor Nan Whaley (D), where he delivered an impassioned plea to area lawmakers and President Donald Trump for gun reform.

“My direct message to legislators, to the president, to all of them, is the [National Rifle Association] doesn’t represent America,” Legend said, according to footage captured by local NBC affiliate WCMH-TV. “How many more people have to be killed for us to realize that this isn’t working? If you claim to represent the interests of the American people, then you need to be doing your job in a way that makes everyone safer.”

“We have to be able to live without the fear of being shot,” he continued. “We don’t have to live like this. We’ve heard politicians send their thoughts and prayers while failing to act. We are done with that. We’re tired of bigotry and hate turning lethal because of easy access to guns.”

On Twitter, Legend urged fans to take action by supporting gun reform advocacy groups Everytown for Gun Safety and Moms Demand Action, as well as by calling their senators.

The superstar’s words came a week after the nation was rocked by two mass shootings. In addition to the Dayton massacre, which left nine people dead and dozens injured, 22 people were killed in a shooting in El Paso, Texas, just hours earlier.

Shortly after news of the shootings broke, Legend blasted Trump’s “racist venom” as a direct cause of the violence, tweeting that the president “regularly inspires killers.”

“He is a part of the problem,” he added.