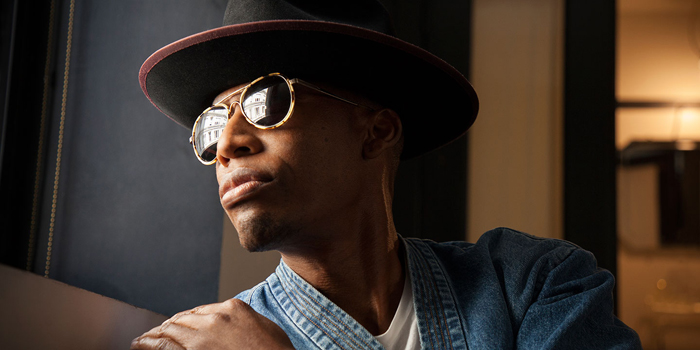 The Columbia Records release, a follow-up to 2011’s “Stone Rollin’,” is described as a deeply personal, musically ambitious work inspired by his brother’s struggles with addiction that explores the razor’s edge people walk as they pursue pleasure that leads to pain — a brilliantly incisive and empathetic work from a master at the peak of his art.

Among the stand-out tracks on the self-produced album are the Prince-inspired lead single “Something Keeps Calling Me,” old-time gospel stirrer “Belongs to God,” the jazzy “Glory to The Veins,” and “Rearview” with a guest turn by Kendrick Lamar.

Saadiq came up in the 1980s and 90s with the multi-platinum R&B group Tony! Toni! Toné! before embarking on a critically acclaimed solo career. He also has been active as a producer, co-writing career-defining hits for D’Angelo (“Untitled (How Does It Feel)”) and Solange (“Cranes in the Sky”) and working with artists like Snoop Dogg, Erykah Badu, Lady Gaga and Stevie Wonder.

He has been named to Time magazine’s 100 Most Influential People list and in 2018, he received an Academy Award nomination (in addition to serving as the telecast’s musical director) in the category of Best Original Song for “Mighty River” from the film “Mudbound,” which he co-wrote with Mary J. Blige.

As an additional perk to Saddiq’s many area fans, purchase a copy of “Jimmy Lee” Aug. 23 at Amoeba Music in Hollywood for tickets to an exclusive meet and greet with the artist at the store Aug. 28.