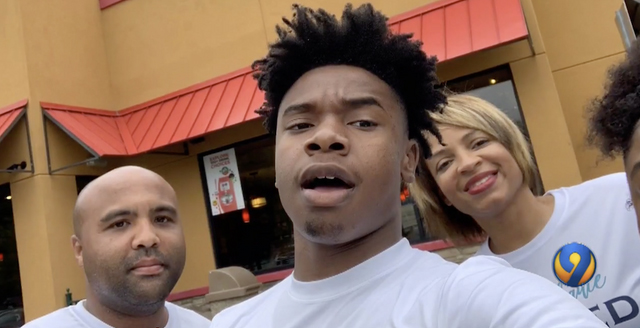 Former President Obama praised a North Carolina teenager for his “creative organizing” methods after the 17-year-old took advantage of the long lines at Popeyes to register people to vote on Saturday.

“Saw this story of a young person doing great work and wanted to share it—keep it up, David! That’s some creative organizing,” Obama tweeted on Wednesday of David Ledbetter, a 17-year-old from Charlotte.

Ledbetter, with the help of attorney Stephanie Sneed, who is also running for a seat on the school board, took the chance to talk to waiting customers and hand out voter registration forms and sample ballots.

“I like engaging with the community and I have aspirations with helping people and making society a better as a whole,” Ledbetter, a high school senior, told CNN.

It was reportedly Ledbetter’s first time trying to register people to vote.

He had previously launched an organization, Imagine This, which aims to promote “college and career readiness by serving high school students throughout the community,” according to its Instagram page.