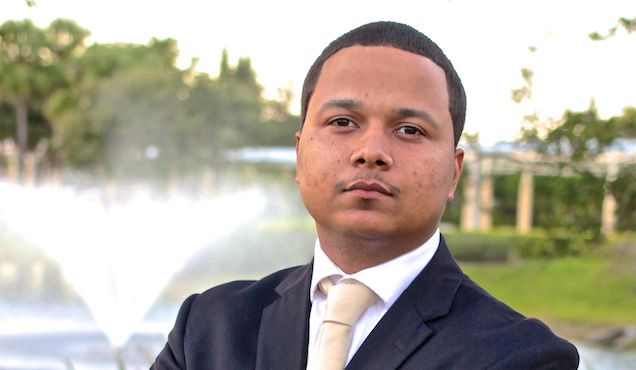 29-year old Freddie Figgers was abandoned in a dumpster at birth and was adopted when he was just two days old by two loving parents. He is now the founder and CEO of Figgers Wireless, a telecommunications firm valued at over $62.3 million dollars, that you may have never heard of.

Freddie got his first computer when he was 9-years old. It was broken when he received it, but he quickly figured out how to make it fully operational. That was the start of his innovative future. Later as a child, after learning that his Dad had Alzheimer’s, he invented a shoe for him that had a GPS tracker and a two-way communicator that he sold for millions.

He got his first job at the age of 12 as a computer technician, and by age 15, he had already started his own cloud computing services.

From there to here

Soon after, Freddie became the youngest person in history to hold a FCC license, allowing him to launch his own cell phone company. That company is now Figgers Wireless, the only Black-owned telecommunications company in the country that manufacturers their own 4G LTE and soon 5G VLOTE smart phones and offers their own talk, text and data plans. The cellular service is available in throughout the USA, Figgers Wireless provides services to clients in every area along with one of the largest insurance companies in America there network expands to healthcare, aviation, government, business, and consumers.

The company is already accepting pre-orders for their newest release, the Figgers F2 VOLTE phone that will be 5G compatible for the Christmas shipping. The F2 works on any carrier in the world, which has a 5.7-inch full lamination screen and offers a stunning visual effect. The phone’s silky technology innovation combines super-fast screen response speed with zero night time glare and blue light filter technology. Even more, the phone’s wireless charging technology allows users to leave there phone in their pocket, or purse and when within a 5 meter range of the Figgers Super Charger the phone automatically starts charging without any cords or cables. Freddie Figgers now owns several US and international patents.

Figgers has launched other brands such as his own credit and debit card line FiggCash that issues a premium luxury metal titanium card for all credit types issued through Visa and MasterCard. Freddie Figgers also has Figgers Health that has innovative healthcare products, and The Figgers Foundation that gives annually scholarships, supports relief efforts for natural disasters, and other humanitarian deeds. Freddie Figgers has a simple philosophy on his foundation.

“American Consumers spend billions of dollars with large corporations that that only provide a product or service, to suck the life out of you with their profits, but those companies don’t financially impact the average person in our communities. I believe turning caring into action, and if you see a problem find a solution to deliver an impact to change someone’s life. I started my Foundation with my personal salary and believe in giving back. I remember where I came from and simply what shall a man profit if he gains the whole world but loose his soul in the process. I’m going to impact this world and change today for a better tomorrow, because money is nothing but a tool, but with that tool we can impact and change everyday people lives with opportunities.”