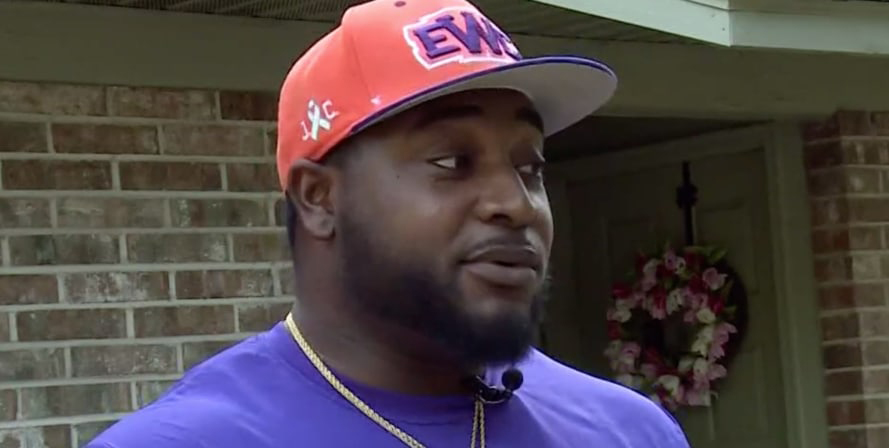 Shandale Lee is being called a hero after saving an elderly man who was drowning after crashing his car into a Florida pond on Friday.

What made Lee’s heroism even more noteworthy was the fact that he doesn’t know how to swim, making his rescue significantly more daring.

“It was just, I wanted to risk my life to save someone’s life,” Lee told NBC WTLV.

Police say an elderly man in Bradford County was driving his truck when he had a medical emergency and lost control of the car.

He crashed his car into a retention pond around 11:30 a.m. on Friday. Lee was on his way to get his oil changed when he saw the man’s submerged truck and decided to get closer. He found the elderly man in the driver’s seat unconscious.

Another man stopped his car and helped Lee drag the elderly man out of the car. Bradford County EMS and the County Sheriff’s Office said the two men saved the driver’s life because the car was submerged by the time authorities got there.

The man was taken to the hospital with cuts to his head but was conscious by the time he made it there. In his interview with WTLV, Lee said the experience made him want to learn how to swim in case anything like that ever happens again.

“In saving someone’s life, it could be my child, my daughter. I want to now be able to be comfortable to say if something happens, I can get in there and get her,” Lee said.