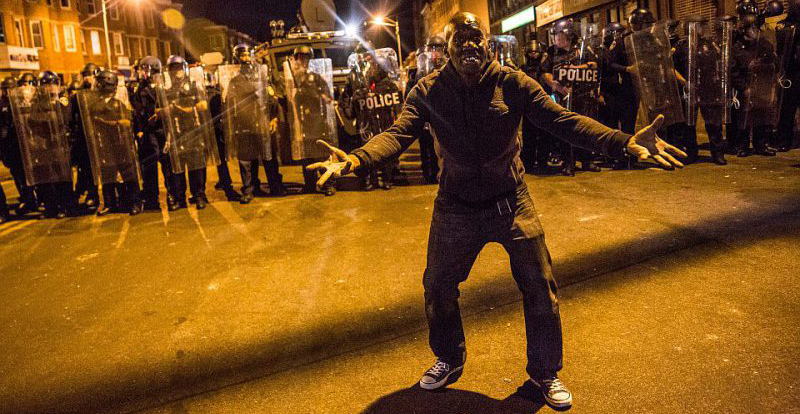 By Jolie A. Doggett,

It’s hard to be Black and opinionated and in the public eye.

Just ask Jamie R. Riley, a (now-former) dean at the University of Alabama. Last week, alt-right news organization Breitbart published an article accusing Riley of racism and being anti-police. The accusations were based on tweets from 2016 and 2017 in which Riley stated, “The [American] flag represents a systemic history racism for my people. Police are part of that system.”

Or ask journalist Jemele Hill, who last week was accused of being a segregationist for encouraging Black high school athletes to consider attending HBCUs. This latest outrage comes nearly two years since she invoked the wrath of the White House and Trump supporters for calling the president a white supremacist.

The truth is, neither what Riley or Hill said is necessarily false. The way our police forces operate is in part the result of systems historically put in place to disenfranchise Black Americans. HBCUs could absolutely benefit from the public attention and dollars brought in by Black athletes. And the president of the United States is indeed supported by white supremacists whom he galvanizes with racist and xenophobic rhetoric. They weren’t wrong in their opinions; were they wrong for saying them out loud?

“Those who ignore our history don’t actually care about ensuring equality or ending racism. They care about policing Black experiences, silencing Black voices and protecting a worldview that secures their status as privileged citizens.”

Despite progress to improve racial relations and civil rights in this country (ormaybe because of it), alt-right conservatives and Twitter trolls alike lash out when prominent Black voices are vocal about the less-than-stellar experiences of Black people in America. If you’re an opinionated Black person like myself, watching all of this unfold makes it seem wiser (and safer) to just say nothing and keep my thoughts and my Blackness to myself.

But that’s what they want and that’s how they win: by silencing us. And when they silence our truth about the existence of racism in this country, there’s even more room to spread alternative facts.

That’s how Black Lives Matter, a movement to end police brutality, became labeled a “terrorist” organization. That’s why visitors to Monticello would rather hear about the shrubbery and plant life around Jefferson’s ancestral home than about the enslaved Blacks he owned who probably planted them. That’s why publications like The New York Times can’t talk about the lingering effects of slavery, even 400 years after its introduction, without being accused of brainwashing and attempting to delegitimize American history.

Those waging bad-faith attacks against minorities who criticize American race relations don’t actually care about ensuring equality or ending racism. They care about policing Black experiences, silencing Black voices and protecting a worldview that secures their status as privileged citizens. They do that byspreading a fear of backlash, public shame and cancel culture.

But I don’t want to live in that fear. I want to be myself in all of my unapologetic Blackness from my hairstyles to my speech to my opinions, and I want others to feel comfortable enough to do the same. So instead I’m going to share something I wish someone told me when starting out in my career: Stay unapologetically Black. Tell your truth. Be brave and be honest. Tell your story. The world needs to hear it.

“The internalization of respectability politics and placating to racist sensitivities is not what’s going to make racism go away. It’s going to take shining a harsh light on racist systems of power. And we do that with our voices.”

The internalization of respectability politics and placating to racist sensitivities is not what’s going to make racism go away. It’s going to take shining a harsh light on racist systems of power. And we do that with our voices. Of course, Black people certainly shouldn’t be the only ones speaking up. Minorities and women often face the harshest attacks when we do stand up to those who would silence us. We all have a role to play in dismantling the systems that keep us oppressed and afraid of further oppression.

To be sure, speaking our minds doesn’t mean we don’t have to face consequences or correction when we are in fact wrong or harmful. But it also doesn’t mean that racists have the right to mischaracterize our words and place the blame of systemic racism on those who speak up about it.

There’s this pervasive idea that if we stop talking about race and racism, it will go away. That we create race issues by acknowledging them. Thus speaking up like Jamie Riley or Jemele Hill can easily become fodder for attacks from conservative groups and grounds for getting dragged through the internet streets and possibly dragged out of a professional position. But ignoring these truths (or attacking people for speaking on them) will not make them go away.

So let’s take a page from Riley and Hill’s books (or Twitters) and keep speaking truth to power. Maybe one day the systemic hardships we speak about may actually be a thing of the past.

That’s how we all, as a country, will win.