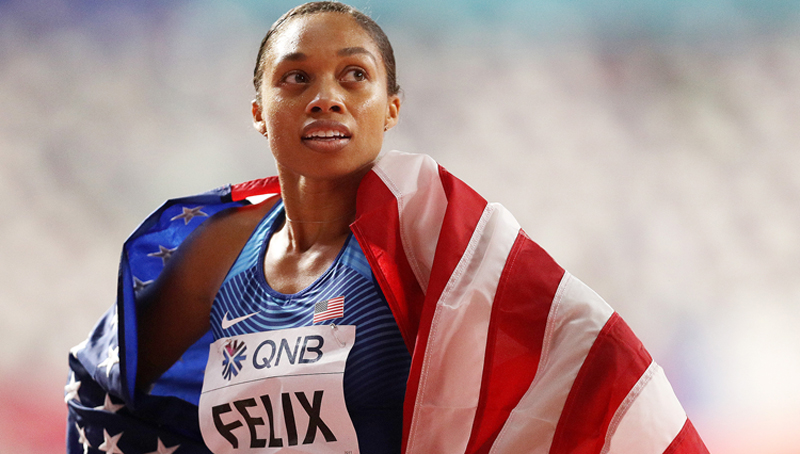 Olympic sprinter Allyson Felix broke the world record held by Usain Bolt for the most gold medals of any athlete at the track and field World Championships.

Ten months after giving birth, Felix, 33, won a gold medal in the Team USA’s mixed-gender 4x400m relay race at the World Championships on Sunday. This is her 12th gold medal.

The sprinter returned to running eight months after having her daughter.