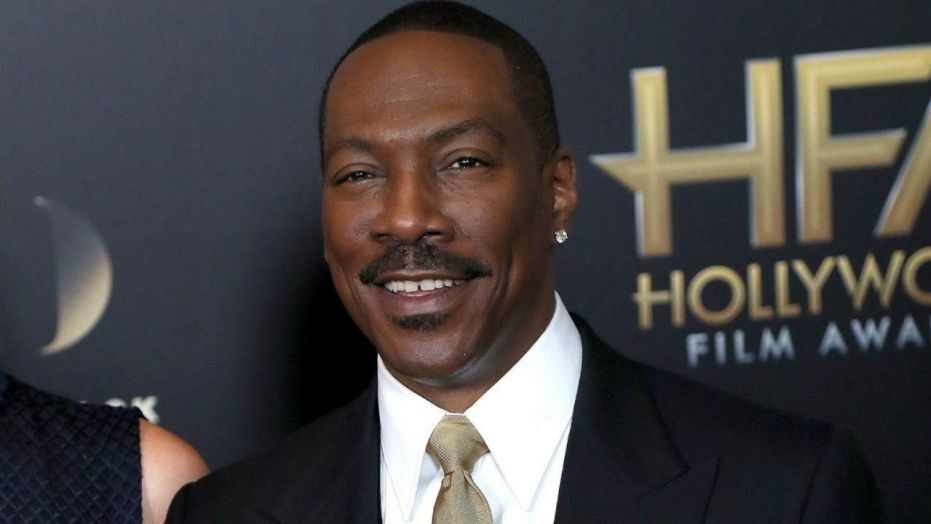 The 58-year-old comedian is stepping up on the big screen in grand 1970s pimp attire as real-life comedy pioneer Rudy Ray Moore for “Dolemite Is My Name” (in theaters Friday in New York, Los Angeles and Memphis before streaming on Netflix Oct. 25). The movie’s roll-out is accompanied by a barrage of high-profile entertainment events that have Murphy fans giddy.

There’s his return to “Saturday Night Live” as host on Dec. 21 before Murphy undertakes a national stand-up comedy tour for the first time in three decades. The laughs continue with a sequel to 1988’s “Coming to America,” set for a 2020 release.

Impressive, yes. But the chilled-out Murphy insists it’s all about finally pushing himself off the supremely comfortable couch longtime girlfriend Paige Butcher had specially built for him at home, on which he has luxuriated for the last six years or so.

“People are saying, ‘You’re back! It’s a comeback!’ ” says Murphy, going to into excited fan voice while sitting beside his “Dolemite” and “Coming 2 America” director Craig Brewer. “I’m like, no, I’m not trying to do a comeback. I’ve just been enjoying sitting on the couch so much. A few years ago, I was like, ‘I could sit on this couch and stay here watching ‘Little Women: LA’ and their exploits.’ “

“Dolemite” provided the dynamite that sparked the push off the couch to the stage. The feel-good biopic about Moore’s efforts to break into outrageous comedy and low-budget movies was a natural segue into more humor – certainly more than his last film, the little-seen 2016 drama “Mr. Church.” in which he played a family caretaker.

In further divine signs, “Dolemite” even allowed for Murphy’s couch belly to be required playing Moore, a middle-age man referred to as “doughy” in the film. It’s a  Murphy shows off with unfettered confidence in “Dolemite.”

“After a while, you start to grow on the couch, and it’s like whoooa,” Murphy says. “Usually before a movie, I have to get my body together. But this was perfect. It’s like I went all the way Method.”

Murphy is all about the comfort, talking about his deep admiration for the period clothes, but dislike of wearing the dreaded platforms. (“They are a young man’s shoes,” he scowls.) The costume designer had a pair of sneakers custom-made for Murphy to resemble platforms.

“Still, every day I would come to Eddie and be like, ‘Here’s what the day is about,’ ” says Brewer. “And his first question was always, ‘Will you be seeing my feet?’ “

As “Dolemite” came together, Murphy became inspired to make his return to “SNL,” stoked by his brief 40th anniversary appearance, which left Murphy hungry for more at night’s end. “Then it was like, ‘Hey, everybody, it would be fun to do a sketch.’ ”

“Dolemite” opened the door to a repeat visit, and Murphy says he’ll bring back his beloved “SNL” characters this time, including Gumby, Mister Robinson and Buckwheat.

President Barack Obama provided key encouragement, meeting Murphy before the star received his Mark Twain Prize for American Humor in 2015. Obama asked him two questions: What kind of hair rinse was he using? “And ‘When are you doing comedy again?’ ” says Murphy, stepping into Obama’s serious voice. “I was like, ‘That’s your question?’ When you go into the Oval Office and the president asks when are you doing stand-up, it’s time to do some jokes.”

Murphy is vowing a less-brash return to the stage than his R-rated ’80s routine, but still taking material from his own life.

The final push is “Coming 2 America.” Of the 40 movies he has starred in, Murphy says the story of his naive African Prince Akeem attempting to pose as a regular American is the one that resonates most with his fans.

Akeem returns to America as king in the sequel, which is halfway through filming and reunites the core cast – including James Earl Jones, who just shot his scenes.

Murphy is the only one who’s really aged, he insists. “I pull this all together when I see people, but if you saw me on the couch, I would be unrecognizable,” he deadpans.

Don’t expect the comedy onslaught to continue. The former box-office juggernaut says his days of doing two or three movies a year will never happen again. It’s too much work, and he’s over it.

“I cannot imagine being an old dude and you get a call for 6 a.m. pickup,” Murphy says.

But the current spate of work will provide a strong end to a chapter in his storied career. If he’s is inspired, Murphy can take interesting projects on. Or if he wants to chill out with bad reality TV, that’s OK, too.

“I’m going to leave knowing the last things I did were really funny and successful. In the event I never got off the couch again, it’s a nice way to leave it.”