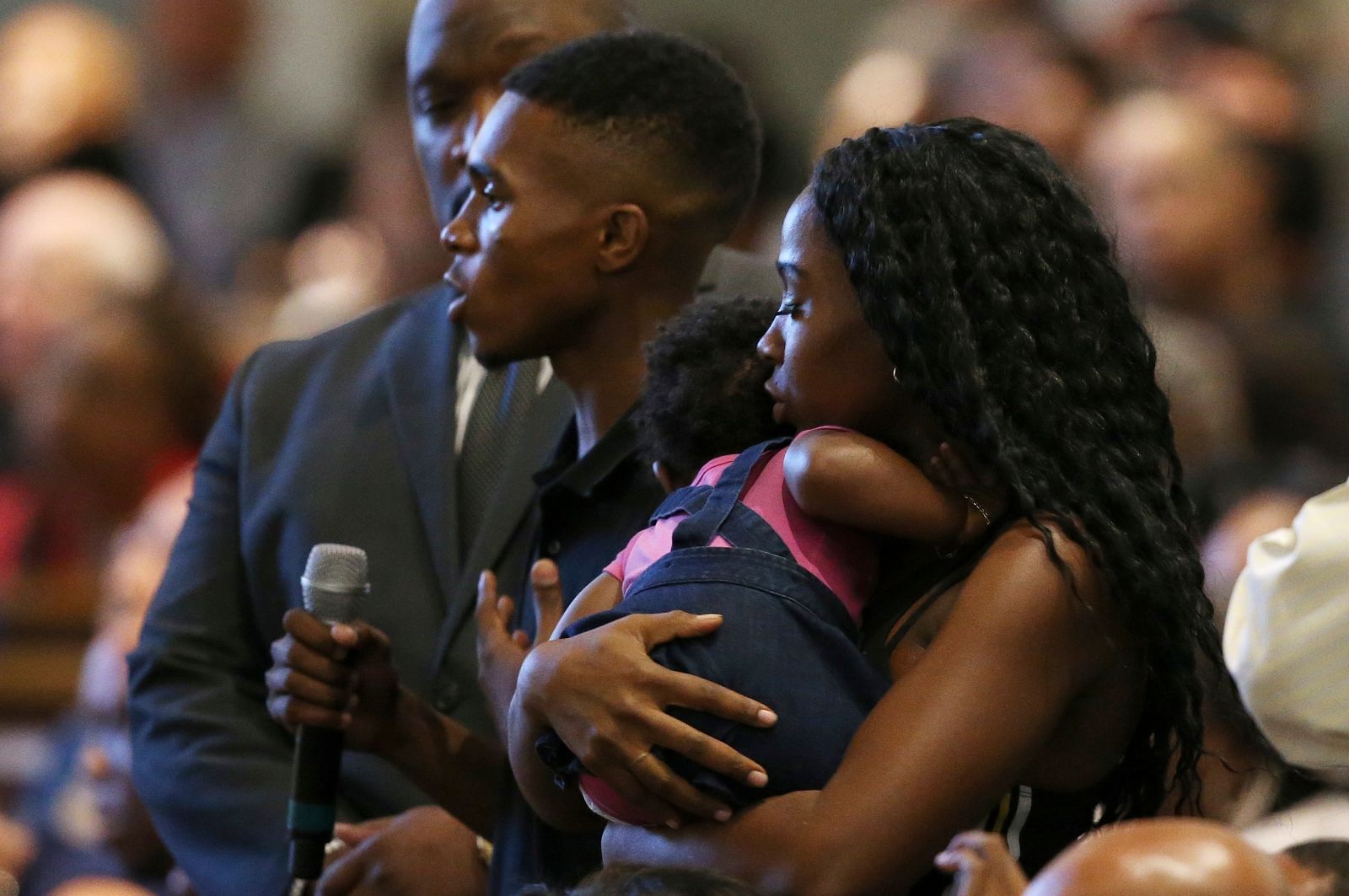 A Phoenix police officer who drew his gun on a black family and yelled profanities at them over a Family Dollar doll will be let go from the department, Police Chief Jeri Williams announced on Tuesday.

The decision comes four months after cell phone video of the family’s violent arrest went viral and sparked a $10 million lawsuit against the city. The slew of charges includes battery, unlawful imprisonment, and violation of the family’s civil rights.

“I expect more. You deserve more,” Williams said at a news conference, the Associated Press reports. “Unlike other professions, we don’t have a luxury of a do-over.”

A disciplinary review board initially recommended Officer Christopher Meyer be suspended for six weeks. But Williams said the suggested punishment was “not sufficient to reverse the adverse effects of his actions on our department and our community.”

“Our officers are dispatched 1,800 times each day when our community needs us and 99% of the time we get it right,” Williams added, according to Arizona Central. “But when we don’t, it does come at a cost. Nearly 4,000 other members of the Phoenix Police Department must bear the burden of that failed contact with our community members.”

Meyer was among a group of officers who confronted a pregnant Iesha Harper, her fiance, Dravon Ames, and their two young children. As Arizona Central reports, the May 27 confrontation stemmed from an anonymous call that their daughter, unbeknownst to Harper and Ames, had taken a doll out of the Family Dollar. Ames said Officer Meyers approached their parked car without warning, began banging on their car window with a gun, and threatened to shoot the couple.

A resident at the apartment complex recorded a video of the interaction, which includes footage of Meyers telling Ames, “you’re going to get fucking shot” when he didn’t immediately open his car door. He then said, “I’m going to put a cap in your ass.” At one point, officers tried to strip one of Harper’s daughters from her and demanded Harper put her baby on the hot pavement; she refused.

The family says they were detained and suffered injuries as a result of the confrontation. They were released when a lieutenant came and de-escalated the situation. None of the officers had their body cameras on.

Chief Williams also announced on Tuesday the firing of another Arizona police officer, Det. Dave Swick, over social media posts he made. Unrelated to the case involving Ames and Harper, Swick was exposed by the Plainview Project, a site dedicated to calling out police officers’ racist and discriminatory social media postings. Swick had posted bigoted comments targeting black people and Muslims, including a meme suggesting speeding drivers drive their cars into Ferguson protestors.

“No chief ever wants to discuss discipline like this in a public format,” Williams said. “I expect my officers to be respectful, to be professional, to be courteous, and that is not what happened in (these) cases.”