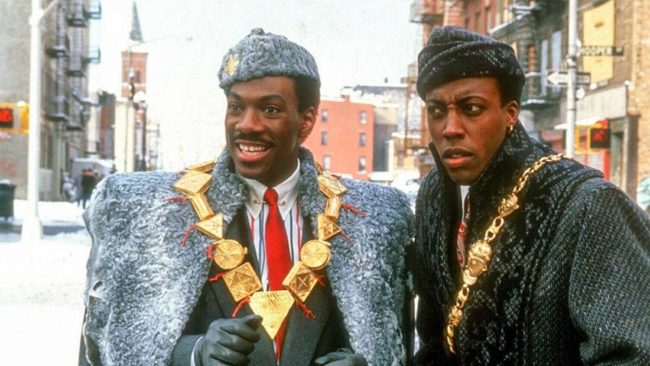 The Full Cast (So Far) Of ‘Coming To America 2’

The sequel to Coming to America continues to add a number of incredible entertainers to their already star-studded cast lineup — and we are working hard to keep up!

The new plot follows Prince Akeem (Eddie Murphy) as he is set to become King of Zamunda, but he discovers he has a son he never knew about in America. Akeem and Semmi (Arsenio Hall) return to America to honor the king’s dying wish to groom this son as the crowned prince.

We can’t wait to see how this all plays out on-screen, but in the meantime, scroll through to check out a list of the cast members who have been announced so far.

In the sequel, Eddie Murphy’s Akeem is set to become King of Zamunda.

The actor will return as Cleo McDowell, the owner of McDowell’s.

Snipes will play a new character named General Izzi, the ruler of a neighboring nation

The comedian will bring his humor to the sequel.

The singer and actress was recently added to the star-studded cast.

He will be joining the film as Prince Akeem’s long-lost son, Lavelle.

The rapper is onboard for the comedy sequel.