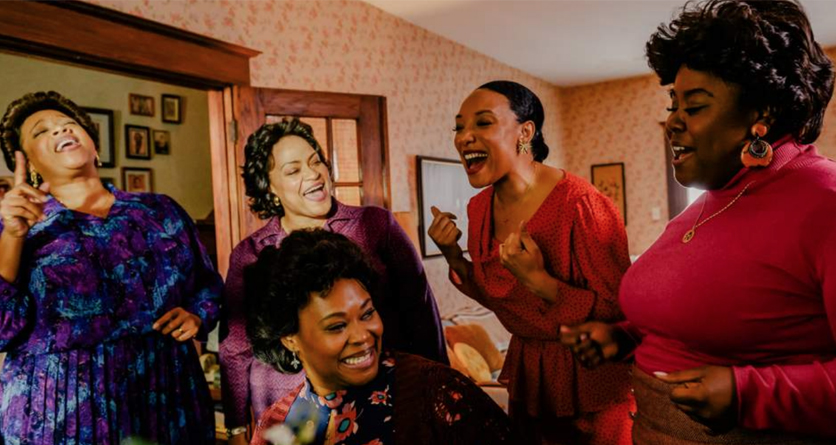 Trailer For Lifetime’s The Clark Sisters: The First Ladies of Gospel

Lifetime TV has released the trailer for the biopic of The Clark Sisters: The First Ladies of Gospel that will air on Lifetime. Aunjanue Ellis stars as the sisters’ iconic mother, Mattie Moss Clark . The sisters are: Christina Bell as Twinkie, Kierra Sheard as Karen, Sheléa Frazier as Dorinda, Raven Goodwin as Denise and Angela Birchett as Jacky.

Queen Latifah, Missy Elliott & Mary J. Blige have signed on to be executive producers. The movie will detail their humble beginnings, struggles to find their place, to later becoming the best-selling Gospel group in the music world. It will tell the story of the five Clark sisters and their mother Mattie Moss Clark.

The movie will feature re-recordings of some of The Clark Sisters biggest hits like “You Brought The Sunshine”. Loretha Jones exec produces with Holly Carter for Revele Entertainment and Shakim Compere for Flavor Unit. Casting the film is Tracy “Twinkie” Byrd. Christine Swanson (Chicago P.D.) directs based on a script written by Sylvia L Jones.

“Bringing untold stories of phenomenal women to life has been a core tenant of Lifetime,” said Tanya Lopez, EVP of Movies, Limited Series & Original Movie Acquisitions, Lifetime and LMN. “We are thrilled to partner with Cheryl, Sandra, Queen Latifah, Mary, Missy and The Clark Sisters for the new projects that will showcase these iconic women in music to new audiences.”

According to Wikipedia, the sisters are credited for helping to bring gospel music to the mainstream and are considered as pioneers of contemporary gospel. Their biggest crossover hits include: “Is My Living in Vain?”, “Hallelujah”, “He Gave Me Nothing to Lose”, “Endow Me”, their hit song “Jesus Is A Love Song”, “Pure Gold”, “Expect a Miracle”, and their largest mainstream crossover gold certified, “You Brought the Sunshine”. The Clark Sisters have won three Grammy Awards. With 16 albums to their credit and millions in sales, the Clark Sisters are the highest-selling female gospel group in history.