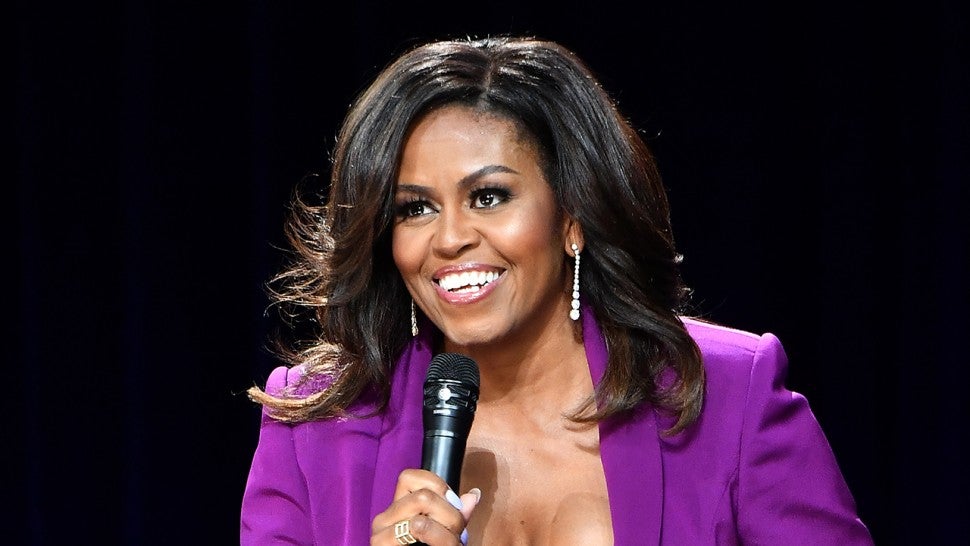 Michelle Obama Talks About Taking Sasha to College, Says ‘We Didn’t Want to Embarrass Her’

I don’t know about you, but when I think of Sasha Obama, the immediate image that springs to mind is always a grinning seven-year-old, waving onstage at Chicago’s Grant Park after her daddy was announced President of the United States in November of 2008. And yes, as a country, we’ve obviously watched her grow in the 11 years since, but it was nonetheless stunning—figuratively and literally—to see our baby girl heading to prom this yearlooking gorgeous and grown; a moment mother Michelle revisited in a Thanksgiving Instagram post.

On Tuesday, our forever first lady revisited another landmark moment in Sasha’s maturation, as the Obamas’ youngest daughter started college this August at the University of Michigan Ann Arbor, with her parents and sister Malia on hand to see her off. Taking time out to speak with former first daughter Jenna Bush Hager on the Today show as she advocated for girls education in Vietnam, Mrs. Obama talked about the restraint the family exercised when dropping Sasha off at school (h/t USA Today).

“Were there tears?” asked Bush Hager.

“There were. We were really good about it—we didn’t want to embarrass her because, you know, she had roommates,” Mrs. Obama answered, adding, “When we got into a car…and then Sasha drove off on her own and said that last goodbye, that’s when we were like…” as she mimicked crying noises.

The always pragmatic Mrs. Obama admitted that watching her daughters mature, while inevitable, is bittersweet: “I’m excited for my girls to grow up and become independent, but you feel a little melancholy that they will never be the little ones that sit on your lap and listen to your every word and look at you adoringly. Those days are over,” she said.

As for Mrs. Obama’s trip to Vietnam, Today reports she considers her efforts to promote education for the girls there “a continuation of what I consider my life’s work.”

“I was you—just like you,” she told female students on Monday when she visited Cần Giuộc High School, an hour’s drive outside Ho Chi Minh City. Mrs. Obama was accompanied by Bush Hager, Julia Roberts, YouTube influencer Liza Koshy and To All the Boys I’ve Loved Before star Lana Condor as part of her Girls Opportunity Alliance. People reports Obama and Roberts will continue on to Malaysia for a joint appearance on Thursday, yet another stop in the former first lady’s mission “to keep traveling the world to show what happens when we give a girl an education.”