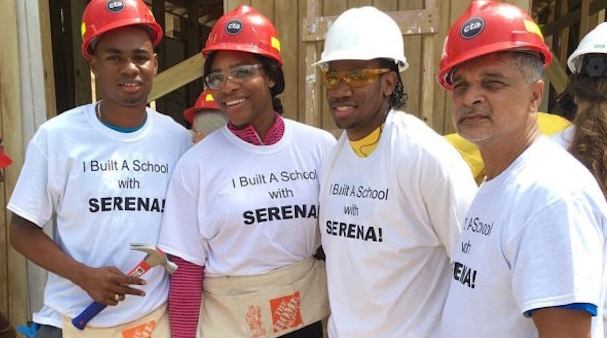 More than just a tennis champion, Serena Williams has always been a champion for a cause. Through the Serena Williams Fund, new schools are being built in Jamaica and in various countries on the African continent.

Williams, who has a total of 39 Grand Slam titles under her belt, recently built the Marsh Elementary School in Jamaica in conjunction with the nonprofit Helping Hands Jamaica. Schools on the African continent were also built in partnership with Build Africa.

Prior to that, Williams already established grade schools in other African countries including Uganda, Zimbabwe, and Kenya.

Those efforts were part of Williams’ mission through her own non-profit organization called Serena Williams Fund “to promote equity; through education, gender, race, disability, or anything else that stands in the way of someone achieving their goals and living their best possible life.”

“The mission of this charity is to help the individuals or communities affected by to violence, and [to ensure] equal access to education,” Williams said in a statement.

According to Borgen Magazine, the sports superstar “has done extraordinary tasks using her own resources and through partnerships with the Serena Williams Fund and other foundations dedicated to providing and improving education for those in difficult conditions or developing countries. Her active role has notably left a mark on those who have had their lives changed significantly through this act of kindness.”

Williams, who is named as a Unicef Goodwill Ambassador, also founded Serena Ventures which aims to invest in early-stage companies to give them wider opportunities to grow.