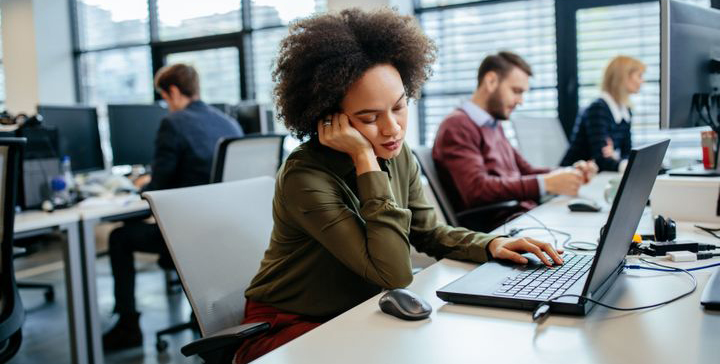 You might be thinking: Five seconds is a pretty short amount of time. Can you re- ally transform your mindset and set off huge changes in your life in just a few moments?

Millions of people have done just that with Mel Robbins’ method — and you can too.

First, you must realize that no one else in the world has the unique power that you have: the power to change your life.

Look in the mirror and discover this person who’s going to take charge and transform everything.

Look at how you live, love, and work. Look at you. Mel Robbins created the 5-Second Rule when she was in the toughest point of her life. She was losing her marriage, her finances were a disaster, and her career was falling apart.

She originally invented the rule to keep from hitting the snooze button in the morning, but she found that it was useful for just about any habit or situation she wanted to change.

Seven years later, she and her husband celebrated their 20th anniversary, sold two small businesses, and had seven figures in the bank.

The 5-Second Rule can help you believe in yourself and your abilities and can silence the self-doubt that keeps you from taking steps you need to take. It teaches you a no-more-excuses approach to your goals and shows you how to replace end- less to-do lists with action.

It even helps you manage difficult emotions, like anger or grief. Instead of letting tough situations and self-doubt hold you back, you’ll learn to make “heart-first decisions,” ignoring your fear and letting your confidence shine through.

Maybe you think about working out but never go to the gym. Or you want to call an old friend, but you continually put if off. Most of the time, you know what you should do.

But change feels hard and scary, so you do what feels comfortable instead. The problem with getting stuck in a pattern of putting things off is that it becomes a rut — and then a hole that swallows you up and feels impossible to escape.

The 5-Second Rule teaches you how to launch yourself like a rocket out of that place you’re stuck in. In fact, that’s how the rule was born. Robbins was inspired by a NASA launch with its traditional countdown — 5–4–3–2–1 — to set off the rocket.

So, when you’re trying to get yourself out of bed in the morning, say, “5–4–3–2–1.” It might sound silly, but when you honor it with the deliberate action of getting out of bed, wow! You just started your day on time.

At first, counting backward for five seconds might seem stupid. It did to Rob- bins. But day after day, it worked for her, and she changed her habits and started seeing the effect this had on the rest of her life.

Counting backward allows you to stop overthinking things and ignore the voices in your head that fill you with doubt and excuses.

Research shows that this counting activates the prefrontal cortex: the part of the brain that helps you focus and take charge.

Throughout the day, you can use the rule to push yourself to do things that change you for the better: put down the cake, call your friend, or finish your résumé. In five seconds, you empower yourself to do what you should do regard- less of how you’re feeling about it.

Best of all, the more you practice the rule, the more you’ll be amazed by your ability to get things done, creating a positive feed- back loop of confidence and productivity.