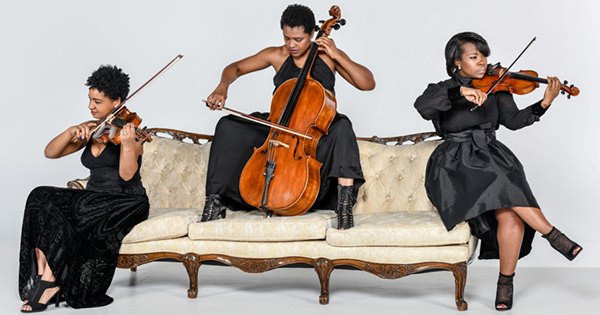 The three members of the fast-rising all-Black women musical group The String Queens — Kendall Isadore, Élise Sharp, and Dawn Johnson — have each experienced racism during their musical career. However, they used it as their fuel to serve as an instrument for change and diversity in the field of classical music.

Starting out as soloists in Washington, DC, the group’s violinist Isadore, cellist Sharp, and violist Johnson have each heard a number of racist remarks that really hurt them. Two years ago, the three started playing in big concert halls and since then, they have tried to push for racial diversity, especially in the world of music.

“We’re actually modeling what we believe the musical world should be like,” Sharp told the DCist. “And even [in] the people that work with us on our graphic design and our production in the studio, we try to partner with people who look like us and who have a similar message as us.”

Aside from bridging the gap between different races, they are also introducing a fresh take on classical music as they incorporate mainstream pop in most of their sets. The trio even does mashups people would likely never imagine to hit off but they did.

“The influences we have, from gospel, from jazz, from Broadway, from classical — we’ve sort of fused all of those together at different points,” Isadore said. “I wish there was a formula that we could magically just write down and say, ‘we do these steps when arranging songs.’ At the end of the day, it just comes from our hearts.”

Moreover, all The String Queens members also serve as orchestra directors at various KIPP DC middle schools where they teach young musicians how to play traditional classical music as well as improvisational techniques. In return, they discover new music from their students.

“In terms of selecting repertoire, I think the balance of performing and teaching really helps us out,” Johnson said. “Our students have introduced us to so much music, some of which we didn’t even know was out there.”

Most recently, the trio released their self-titled debut album which featured covers using the arrangements they have been performing live on stage. They are also set to perform as ensemble-in-residence with Washington Performing Arts’ Mars Arts D.C. initiative.

For more information about The String Queens and their schedule of concerts, visit www.thestringqueens.com