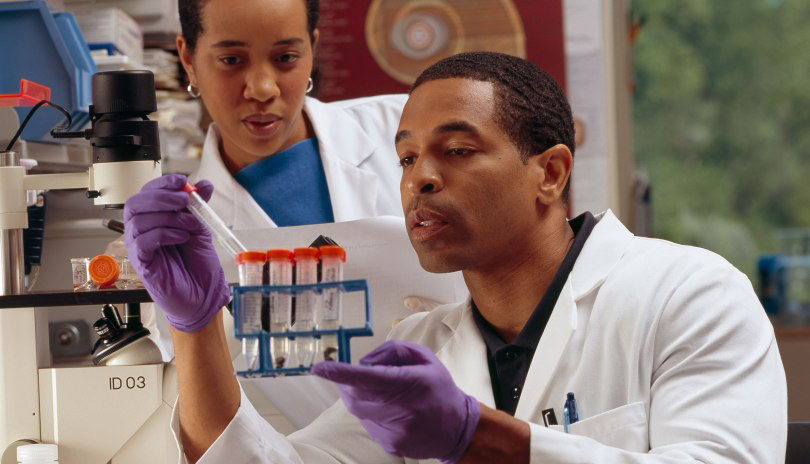 As COVID-19 continues to spread, we’ve seen its disproportionate effect on the black community. This has only further motivated a group of black doctors and scientists to work quickly on an effective treatment for the disease.

NBC News reports that a group of doctors at Meharry Medical College, an HBCU in Nashville, Tenn., are working towards finding an antiviral treatment for COVID-19. Dr. Donald Alcindor has hopes that the treatment will be ready for testing in the next two weeks. A vaccine will be necessary to prevent the spread of the virus, but the antiviral treatment would focus on fighting the virus once a person has contracted it. Alcindor told NBC News the treatment would “intervene at the critical point in the virus’ (attack), eliminating its ability to reproduce viral proteins. The cycle would be terminated.”

Alcindor has experience with antiviral treatments as he worked on a successful antiviral treatment for the Zika virus. “But in comparison to Zika, this is through the roof. We didn’t have the deaths or the spread. This is a much bigger scale. All the marbles are on the table.” Alcindor said. While a vaccine will take up to 18 months before being available for public use, the antiviral treatment could be put to use within a matter of months should it prove successful in testing.

In addition to working on a treatment, Meharry President James E.K. Hildreth has also been fighting for pre-emptive screening for the virus in black communities. Healthcare inequality has resulted in black communities being underserved and often dealing with underlying conditions. “If you have a pre-existing auto-immune disease and the other stated health issues, the outcomes are much more severe. Those are exactly what we have in our communities. The burden of the disease is so much higher,” Hildreth told NBC News.

Meharry has instituted free drive-thru testing on its campus. While it’s open to the public, it has mainly been utilized by the predominantly black community in the northern part of Nashville