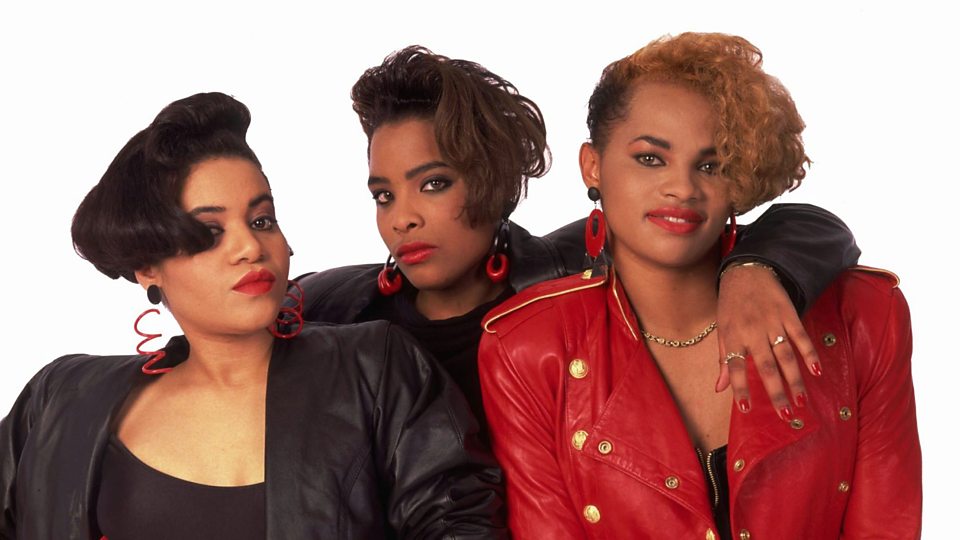 The trailer for Lifetime’s upcoming Salt-N-Pepa biopic aired on Saturday, April 11 during the broadcast of “The Clark Sisters: First Ladies of Gospel” movie. The clip received horrible reviews on Twitter afterward, with people blasting it left and right.

G.G. Townson plays Salt in the biopic, and she tweeted a clip of the trailer on Friday. Laila Odom takes on the role of Pepa, and Monique Paul portrays Spinderella.

The trailer shows some of the groups’ come-up in the rap game during the ’80s, while working with their producer Hurby “Luv Bug” Azor, who discovered them.

The trailer shows some of the groups’ come-up in the rap game during the ’80s, while working with their producer Hurby “Luv Bug” Azor, who discovered them.

For example, one person tweeted, “They was better off getting Key Lo Lo and La quita to play Salt N Pepa Biopic,” which are characters from Martin Lawrence’s show “Martin.”

Another Twitter user wrote, “Ummnnmmm why does this salt n pepa movie look…broke?”

Spinderella hasn’t mentioned the trailer either. But her name was mentioned all throughout the Twitter reactions after it aired.

Many said they were afraid the legendary DJ wouldn’t be portrayed accurately in the film since she’s been beefing with Salt and Pepa, who are executive producers.

Last year Spinderella filed a lawsuit against Salt and Pepa and accused them of making her lose hundreds of thousands of dollars in royalties, as well as payment for an awards show performance.

“Umm idk if I really want to watch this #saltnpepa movie on @lifetimetv because I bet they’re going to play the hell out of Spinderella. Was she consulted for this?” someone asked on Twitter.

“After how they did both spinderellas they can keep that biopic,” wrote another.

Besides not promoting the biopic, Spinderella doesn’t reference her time with Salt-N-Pepa on her Instagram page at all.