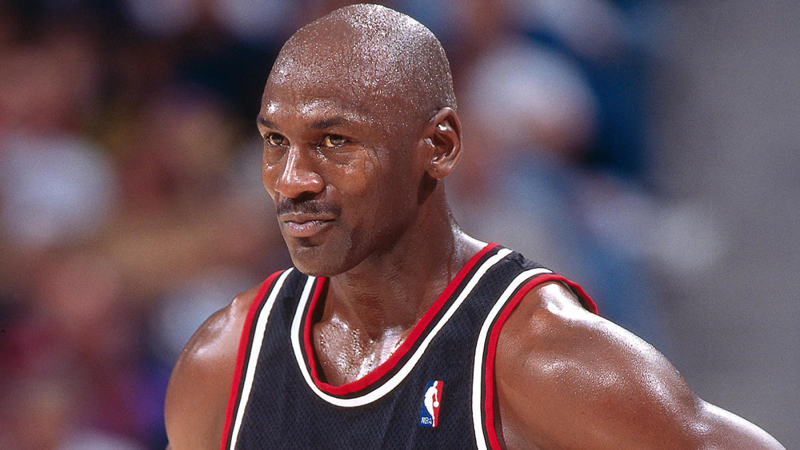 ‘The Last Dance’ Review: Enthralling ESPN Series Captures the Magnitude of Michael Jordan and the ’98 Bulls

Everyone in “The Last Dance” has a Michael Story. Maybe it’s one they’ve told enough times at dinner parties or family gatherings that the timing has been workshopped to perfection. In some cases, the story might have drifted so far from the truth that it exists as its own self-perpetuating myth. Over the course of 10 episodes of “The Last Dance,” the ESPN documentary series examining the singular stardom of Michael Jordan through the lens of the legendary Chicago Bulls 1997-98 title run, the breadth of subjects and timelines almost makes the veracity of those stories irrelevant.

Directed by Jason Hehir, whose previous projects include multiple editions of ESPN’s long-running “30 for 30” series, “The Last Dance” is less an investigation of a sports dynasty’s last flames and more the chronicle of how improbable its survival always was. The goal seems to be to make a definitive account of what that season meant for all involved, regardless of how some of the empirical facts may have changed in the two decades since.

Structurally, “The Last Dance” is a marvel, finding thematic parallels between the drama unfolding in the “present” of that ‘97-’98 season and the foundational framework that made that final Finals run possible. Out of a swirling mess of personnel moves, family tragedies, and international showcases, Hehir and a team of editors — led by Chad Beck, Devin Concannon, Abhay Sofsky, and Ben Sozanski — manage to craft a smooth, coherent pair of forward-moving tracks. “The Last Dance” shows how, by the fall of 1997, the Bulls had already cemented themselves as basketball royalty, amassing a trophy case filled with championships and individual accolades. The promise of one more ring takes on a mythic quality nonetheless. Even if some flashbacks do leave the Last Dance season’s action at a tantalizing crossroads, there’s never a sense of whiplash as the narrative seesaws across the years.

In the process, “The Last Dance” is able to focus on the other key figures in the Bulls dynasties who didn’t also happen to star in “Space Jam.” One episode traces the Arkansas roots of future Hall of Famer Scottie Pippen, while another shadows Dennis Rodman in some of his headline-grabbing nightlife antics. In many ways, the series is consciously wrestling with a question that media outlets of the day were also puzzling over: While Jordan was in his inarguable prime, was the team’s success due to his prowess or did that causal arrow point in the other direction? There’s an acknowledgement that the Bulls’ superstar transcended every measure of fame and attention, but “The Last Dance” certainly doesn’t ignore the idea that this was a team effort.

Part of that comes across in footage of practice and team travel, largely filmed by a camera crew that was embedded with the Bulls for the season. (Filmed as part of a planned documentary about the team, much of this footage has been effectively stashed away in the league archives.) Private-plane card games, hotel room sanctuary sessions, and gym trash-talk all become vital supplements for the tales relayed by teammates like Tony Kukoc and Bill Wennington, all the way up to head coach Phil Jackson. For as much as these moments are often left to breathe, those behind-the-scenes hangouts are the one area that “The Last Dance” could afford to indulge in even more.

Not simply relying on 21st-century perspective, “The Last Dance” also knows how to use the strengths of ‘80s and ‘90s announcing teams across multiple networks. (In some cases, as with Magic Johnson and Bill Walton, it’s also a subtle way to show how Jordan served as a bridge between two eras: His former competitors became the immediate witnesses to each new chapter in the game’s history.) For every iconic Marv Albert “spec-tac-ular move” call, there are a handful of points where a play-by-play crew can only sit back and be dazzled by what this team was able to achieve.

Beyond the sportswriters and reporters — both local and national — and the broader team staff, some participants do feel a little superfluous. Interviews with broader pop culture figures like Nas and Justin Timberlake feel less essential in outlining specific rhythms of that season (even if they do manage to show how much Jordan still exists as a quintessential, pantheon-level celebrity to people who can relate to the crushing weight of fame that Jordan tries to outline here).

As “The Last Dance” often reiterates, Jordan is one of recent history’s most picked-over figures, with his movements, statements, and choices analyzed on a global scale. The extent to which this doc draws insight directly from Jordan is mostly a function of the man himself. To his credit and the series’, moments of reluctance manage to peek through. With multiple episodes’ worth of time spent in conversation, it becomes easier to spot the points when Jordan is embracing the chance to parse out on-court specifics or clear up decades-old feuds. That isn’t always the case. Whether it’s a preemptive strike against some bubbling-up emotion or a desire not to say anything that could be misconstrued, there are plenty of examples where an answer of few words manages to convey much more.

To some extent, “The Last Dance” can’t be completely kaleidoscopic in a way that some viewers might be hoping for. Whether it’s the guardrails of someone increasingly private like Jordan or the post-career baggage brought by someone like Dennis Rodman, or the decades of revisionism that have shifted people’s perspectives about on-court spats, there are some truths and some corners of this season that not even 10 episodes can address.

But those confines are certainly still wide enough to house not just the surging years of a franchise, but the way that the fortunes of an entire sports league can shift on serendipitous convergences and generational talent. There’s also simmering parallels to be drawn between the actions of Bulls brass and an approach to management of any kind that sidelines value for control and success for ego placating.

To say that “The Last Dance” is completely uninterested in separating myth, legend, and otherwise would be unfair. Some episodes wrestle with Jordan’s notorious reluctance to become involved in state and national politics (and comments that may have enforced that reputation). Another examines his unlikely mid-career pivot to minor league baseball (and whether that move was a choice of his own making).

At the same time, there’s also a sense that “The Last Dance” is aware of what already exists and has been parsed through about each point on the Bulls/Jordan timeline. Sam Smith’s book “The Jordan Rules” is still there to be read if viewers want more of that early championship story, just as Ron Shelton’s “30 for 30” installment “Jordan Rides the Bus” has a half-hour more on the Birmingham Barons. If “The Last Dance” is definitive, it’s as a bulldozing primer, moving as much dirt from across the surface as it can, even if others with smaller shovels have dug deeper.

“The Last Dance” is essentially asking the audience to be Jordan’s teammate through this ride. You see how his overbearing competitive drive leads to ticks in the win column, and also strains individual relationships along the way. “The Last Dance” isn’t necessarily an evidence-gathering operation, but as the series goes on, the input from teammates, coaches, and members of the Jordan inner circle all seem to ask whether the outcome of June 1998 was worth all the turmoil. For many viewers lifted by the way “The Last Dance” captures the sweep of history, the likely answer will be “yes.”