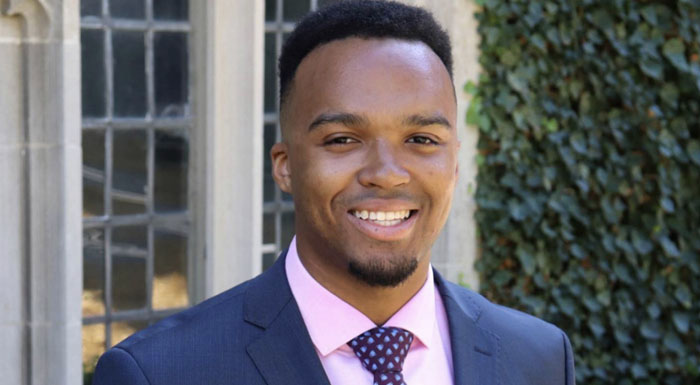 Students all over the country have had to adjust to the new normal in addition to being uprooted from their respective schools and colleges mid-semester.

Class of 2020 has especially endured their fair share of hardships over the last two months, but still, they persevered and crossed the finish line.

As college graduates all over celebrate this exciting chapter of their lives, Princeton University’s Nicholas Johnson is celebrating a major accomplishment of his own.

The university revealed Johnson made history for the class of 2020 and Princeton being named the school’s first Black valedictorian on April 27.

The operations research and financial engineering major is also the first valedictorian in his department’s 21-year history, according to the School of Engineering and Applied Science.

Johnson was an accomplished student during his undergraduate career serving as a writing fellow at Princeton’s Writing Center, a residential college adviser for Whitman College, and even worked as a software engineer at Google’s California headquarters during his senior year.

His time at Princeton nurtured his academic interests and led to international opportunities in the form of cultural immersion trips to Peru, Hong Kong, and the United Kingdom.

Outside of his academics, Johnson also expressed his appreciation for the close bonds he formed with his fellow classmates.

“My favorite memories of my time at Princeton are memories of time spent with close friends and classmates engaging in stimulating discussions — often late at night — about our beliefs, the cultures and environments in which we were raised, the state of the world, and how we plan on contributing positively to it in our own unique way,” Johnson said, according to Princeton University.

Johnson will spend his post-graduation summer interning as a hybrid quantitative researcher and software developer at the D. E. Shaw Group before he begins his Ph.D. studies at the Massachusetts Institute of Technology in the fall.

In addition to his degree, Johnson also plans to pursue certificates in statistics and machine learning, applied and computational mathematics, and applications of computing.