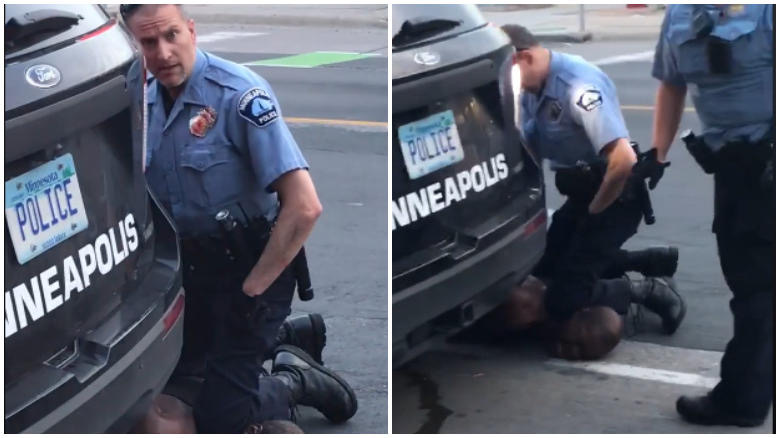 Video footage of the death of George Floyd, a Black man murdered at the hands of Minneapolis Police, has gone viral since the early hours of the day. Many have been calling for Devin Chauvin, the officer who killed Floyd, and Tou Thao, who stood by without objecting, to face the repercussions for murdering Floyd.

This wasn’t an isolated incident. This has been going on for decades, and still, it’s rare that those police officers are held accountable for their actions. Many high profile celebrities have taken to social media to call out the justice system including Meek Mill who quoted a tweet from Common. “After all these videos of cops beating us like slaves we still don’t have no protection… nobody haven’t issued a order for the police to stop killing us! Is that not possible? Or they just saying protect yourself???” He tweeted. He added in a separate tweet, “it’s really not healthy to see white cops killing black men … it’s send a flare of anger and hatred to the brain!”

Though Meek faced backlash on the verbiage of his tweet, Ice Cube shared a similar sentiment. “How long will we go for Blue on Black Crime before we strike back???” He tweeted. “Anybody coming at me for what I said ain’t ready to do shit,” he followed in a separate tweet.

Minnesota’s Bureau of Criminal Apprehension is now investigating Floyd’s death after law enforcement described it as “medical distress.” At the request of Minneapolis Police Department, a separate federal civil rights investigation is underway by the FBI.