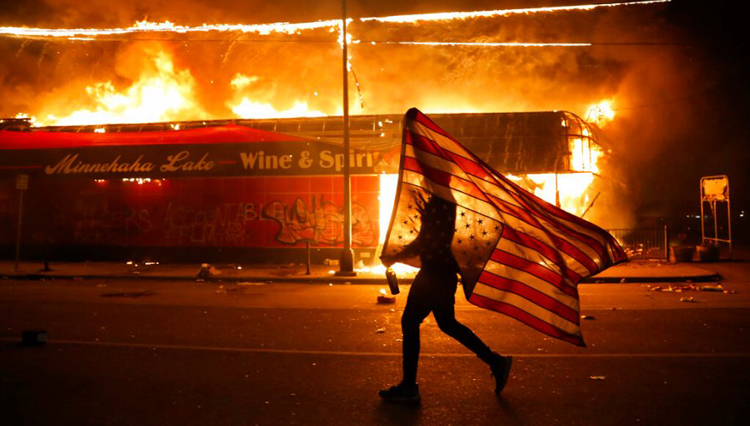 Chauvin is the former police officer who was captured on video pressing his knee into George Floyd’s neck on Monday as Floyd repeatedly said, “I can’t breathe.” Floyd later died.

Earlier on Friday, Minnesota Gov. Tim Walz (D) said in an emotional news conference that the unrest that has destabilized Minneapolis and St. Paul this week is the result of ‘generations of pain, of anguish’ over racism in policing.

“Their voices went unheard, and now generations of pain is manifesting itself in front of the world,” Walz said. “And the world is watching.”

The governor vowed “swift” justice for the officers involved in Floyd’s killing. He also pleaded for an end to the violence and noted the difficulty in requiring the same institution that sparked the unrest to restore order. But he said the underlying issues involved in George Floyd’s death could not be addressed until the literal fires are extinguished.