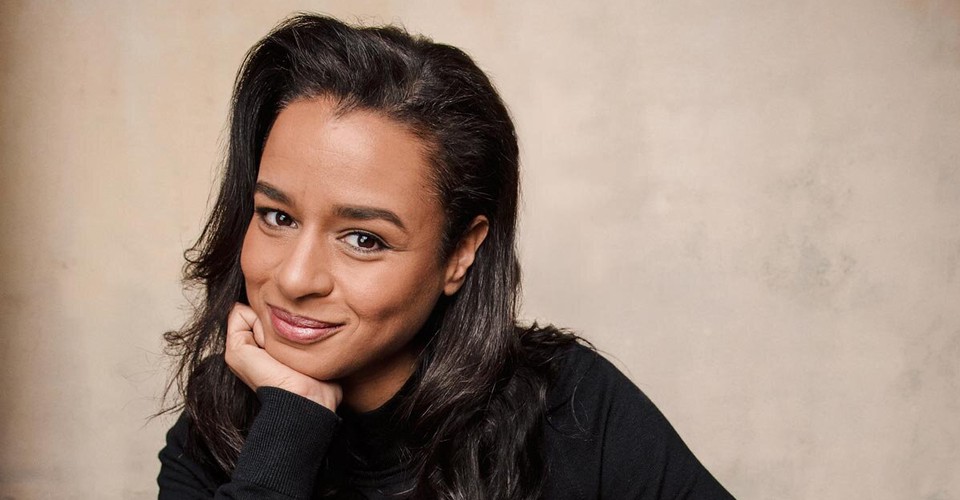 President Donald Trump and comedian Sarah Cooper really don’t care for each other. But these days, they are in perfect sync.

Cooper has become one of the hottest comics of the coronavirus era with her social media videos, in which she lip-syncs some of Trump’s most controversial pandemic-related pronouncements. With a mix of deadpan flair and exaggerated facial expressions, she has spun his headline-grabbing statements into comedy gold.

In “How to Medical,” she lampooned Trump’s comments at a press briefing at which he suggested to Dr. Deborah Birx, response coordinator for the White House coronavirus task force, that the virus could be attacked by hitting the body with a “tremendous” or ultraviolet light. He also suggested that “injecting” disinfectant into the body or lungs could “knock it out in a minute.”

Attired in a blue jacket and black blouse, Cooper illustrated his comments with a lamp in her home and by pointing to her face and rear end in showing how light could enter the body. She held up a bottle of cleaner when showing how disinfectant could battle the virus. Wearing the same outfit minus the jacket and changing her appearance slightly, she portrayed the incredulous Birx too.

The video caught fire and has attracted more than 18 million views on Twitter.

“It’s not something that people have seen before — a black woman lip-syncing Trump’s words in a very realistic, sort of documentary kind of way,” said Cooper.

In a video posted Saturday, Cooper, with a fan blowing her hair to mimic Trump’s own rustling in the wind, channeled the president’s declaration that “MAGA loves the black people.”

She previously showed how Trump conjured up the name of his conspiracy theory about former President Barack Obama with her eyes darting from a copy of former White House photographer Pete Souza’s book “Obama: An Intimate Portrait” to a small gate nearby.

“I’m having a moment, but it’s definitely been surreal,” Cooper said in an interview from her New York home. “Agents who wouldn’t call me back three years ago now want to talk to me. Things are going really well while the world is falling apart. It’s been quite a roller coaster. One moment, it’s ‘Oh my God, what’s happening with the pandemic, lockdown and quarantine?’ and the next moment it’s ‘Oh my God, Ben Stiller retweeted my tweet.’”

She added, “I’m feeling so many emotions at once. People are having a good laugh when it’s really hard to laugh. As a comedian and artist, you always wonder, ‘Am I making a difference? Am I doing something worthwhile?’”

Cooper gives much of the credit for her newfound success to “the writing, which is so good.” She explained, “Trump is an amazing comedy writer without realizing it. There were so many moments I was able to use. I put the video out within a few hours of him saying those words. A lot of people said they saw the parody before they saw the real thing, which made it not only good content but newsworthy.”

Trump’s stumbles remind her of her former career as a designer for Google, where she was required to attend a stream of monotonous meetings where much was said but little was accomplished.

“When Trump started doing those daily briefings and being confronted with how incompetent he is and how out of his element he is, I was just reminded of being in the corporate world and seeing people BS-ing through a meeting, making their coworkers think they know things when they really have no idea what they’re talking about,” Cooper said.

Her distaste for Trump has fueled her comic sensibility: “It seems like we’ve been gaslighted for three-and-a-half years. Now he’s saying ridiculous things that make no sense, but people are nodding and no one is calling him out. That frustration is part of the reason why I wanted to do something like this.”

The feeling is mutual. When it comes to Cooper, Trump is no fan.

That response resulted in Trump blocking her from his millions of followers. One of the descriptors in her Twitter bio is “#blockedbytrump.”

“Sarah has always been super political,” said Katie Morrissey, a friend of Cooper’s who is also a comedian. The two had been performing at stand-up venues before the shutdown in New York.

“Seeing what’s happening with her is just wild,” Morrissey said. “Having Trump’s words come out of a woman of color shows how ridiculous he is, and how old white men get away with saying things. The American people have been numb for so long to what he says that something like this wakes you up a little to the absurdity of it all.”

Cooper started dabbling in comedy about 11 years ago. “I had wanted to be an actress when I was little, but I wasn’t very good at it, so I tried a lot of different things. One night I went to an open mic and just told a story. I found that I liked that a lot better than playing a character.”

She developed routines about life as a single woman (she is now married) and her Jamaican immigrant parents. “When you’re Jamaican, you don’t consider yourself African American even though everyone else considers you that,” she said. In one joke she and her father were walking around a mall. Her father pointed out, “Sarah, look at those black people over there,” to which she responded, “Dad, that’s a mirror.”

While at Google, she started writing blog posts about how to appear smart at meetings. When those posts began to get attention, she got a deal to write a book titled “100 Tricks to Appear Smart in Meetings: How to Get By Without Even Trying.”

The success of that book convinced her to devote more of her energy to comedy: “I had a platform. There was a period when I was teaching the business world about humor and bridging the two worlds.”

Her stand-up career was just starting to gather some momentum when the pandemic struck. But breaking through during a quarantine when comedy venues are shut downhas been bizarre.

“I had just done my first Montreal ‘Just for Laughs’ audition,” she said. “I was starting to get noticed, hosting open mics. Now I’m not able to go out and perform at night. It’s been a little bit of a blessing because I can focus on my comedy now working at home.”

Since Cooper is still getting used to feeling comfortable in front of audiences, she’s been able to better process her sudden success.

“I feel things happen the way they’re supposed to happen,” she said. “This might be a little better for me. I do have anxiety, so maybe this was a better way of putting myself out there [more] slowly than if I had gotten bombarded and put on stage in front of 5,000 people where I might have been completely overwhelmed. I see this as kind of a blessing.”

And it hasn’t all been about looking for laughs. The “How to Medical” video was developed during an emotional week.

“I had started the week crying about this 5-year-old girl, Skylar Herbert, who had died of COVID-19,” she said. “Her parents were first responders. I was very depressed, very sad. On Thursday, I made that video. By Friday, it was blowing up. I posted comments for people to donate to Skylar’s memorial fund. I was able to use an opportunity to help. I was proud of that.”

So far Cooper says she has received little backlash on her Trump attacks. She’s even heard from Trump supporters who are amused by the videos.

Asked how she thinks Trump would respond to her “Trump mode,” she paused.

“That’s a real good question,” Cooper said. “I’m of two minds on this. One, he wouldn’t realize I was making fun of him. He would probably think, ‘There’s a black woman who supports me. Get her to the White House.’ Or he gets really angry that his voice is coming out of my mouth, and he sues me.”

In the meantime, she’s working on a new book — an Audible original that will be “my take” on Dale Carnegie’s “How to Win Friends and Influence People,” she says. She’s also working on developing a late-night stand-up set.

And of course, there will be more videos: “I’ll keep on doing them as long as my head writer gives me material.”