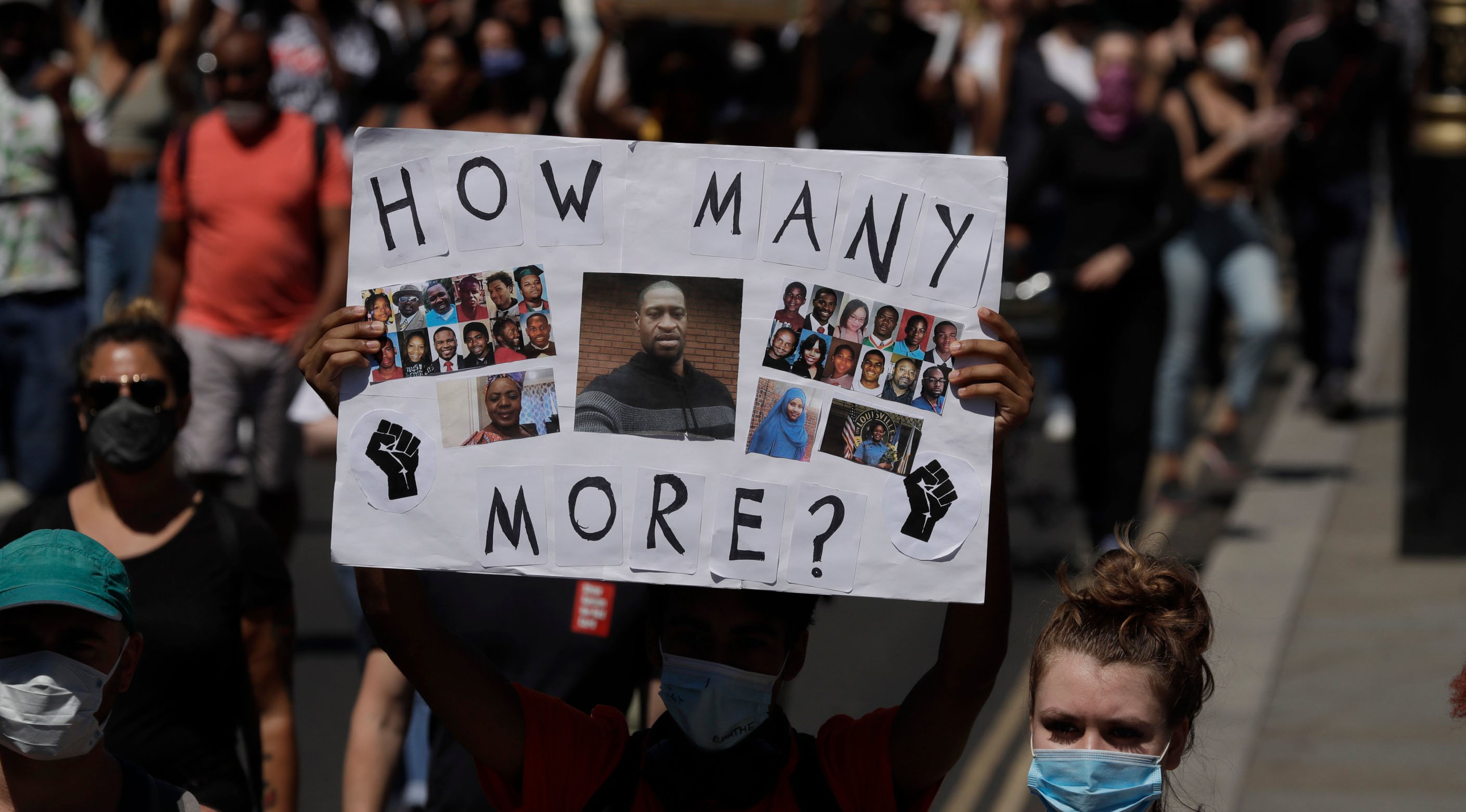 Let’s cut to the chase. It’s been a tough few days…weeks…months.
For many people, working in the midst of a global pandemic has been difficult.

For those of us fortunate enough to continue doing our jobs safely at home, we’ve had to somehow make ourselves look presentable for nonstop digital meetings, and had to learn how to be productive as the lines between our personal and professional lives continue to blur. We’ve run out of shows to stream, Instagram lives to watch, things to bake. We’re confused and scared, and we don’t know when any of this will be over.

But there’s a tale of two quarantines. Because while some Americans have been consumed by banana bread, others have had to navigate surviving a pandemic in a country they were never actually meant to live in.
Over the last few months, Black people have not only watched their friends and family members die at higher rates from the coronavirus, they have also watched people who look like them be gunned down while going for a jog, be murdered in their homes, threatened while bird watching in Central Park, and mercilessly choked on camera.

And every day, we have woken up and answered the emails and gotten on the Zoom calls. We’ve showed up with a smile, and put the pain and fear behind us. We’ve swallowed the rage while responding to our bosses, and offered the assistance and worked twice as hard for half as much — because that’s all we know how to do.
But here’s a newsflash for all the white people unaware of this fact: your Black colleagues may seem okay right now, but chances are they’re not.

And yet, she’s responded to your passive aggressive email, and he’s smiled through your condescending questioning. Or even just found the strength to peel themselves out of bed and simply show up. Every day, Black people take the personal trauma we all know to be true and tuck it away to protect white people who are ignorant to the fact that it’s nearly impossible to keep going when your grandma won’t survive coronavirus because she has serious pre-existing conditions. It’s hard to be your best self at work when we watch white women feign terror on the phone with authorities that will arrive at the scene and kill the Black man she called the cops on. It’s even harder when you watch those cops kill that Black man on video, and sometimes the killers aren’t even cops.

But we show up for work anyway. And we contain our rage, tears, fear and sadness. We write to each other in group chats. We send each other articles that articulate our feelings. We post and repost and retweet on social media. But we don’t take our pain to work.

So while you navigate this pandemic which has ravaged our way of life — and prematurely taken the lives of so many no matter what race — acknowledge that burden is falling on your Black colleagues disproportionately. And know that they’ll never show it. They’ve learned to navigate their worlds too well for that. And although we were told the degrees and the jobs and the accomplishments would somehow protect us from being treated like second-class citizens; although we were made to believe that working hard and contributing to society would mean society would treat us like human beings, we’ve learned the painful truth — that’s a lie.

On behalf of your Black colleagues: we’re not okay. And you shouldn’t be either.