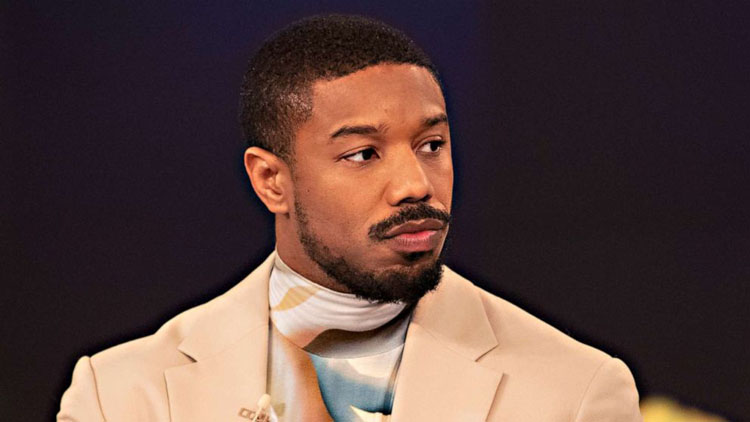 During a protest against police violence organized by the Big 4 agencies in Century City on Saturday, Michael B. Jordan took the microphone to reflect on some of his film roles and share what they have taught him about racial injustice and inequality.

Playing Oscar Grant in Fruitvale Station gave him the “opportunity to feel the pain of his family, his daughter, his mother,” said Jordan. “I lived with that for a very long time and it weighs on me.”

Referencing the time he played a fireman who joined a revolution in Fahrenheit 451, the actor said,”Producing that movie made me really realize the lengths that the government and oppressors will go to keep knowledge out of your hands.” He continued to say that he also had the “honor” of playing Bryan Stevenson in Just Mercy, “and in doing so I learned his tactics. I learned his mentality. I learned his approach to things. Very calm. Very strategic. Very thoughtful. You have to be proximal. You have to be close to [the] issues.”

Jordan continued to address the crowd, emphasizing that he supports everybody attending the protest and understands that “we have to be here together.” Referencing those who have financial ties to the police, he said, “We have to relook at our business.”

He further called on people to “invest in black staff,” including studios and agencies. “A great agent doesn’t have to be a great organizer, but a great agent could advocate for relationships with organizers.” He later said, “What we are doing today will make our values heard and our voices heard. We’ve got to keep agitating things. “We can’t be complacent. We can’t let this moment just pass us by, we have to continue to put our foot on their necks.”

The latter was a reference to Floyd, who died on May 25 as a police office in Minneapolis pressed a knee into his neck. The officer, Derek Chauvin, has been charged with second degree murder.

Three other officers who were at the scene were charged with aiding and abetting second-degree murder and second-degree manslaughter. All four police officers were fired from the Minneapolis Police Department.

Jordan has been vocal on Instagram in the past week, demanding justice for Floyd as well as urging people to call the Liberty County District Attorney to demand that Gregory and Travis McMichael be charged for the murder of Ahmaud Arbery.

Saturday’s protest took place at the ICM Partners building, where Jordan was one of several speakers.