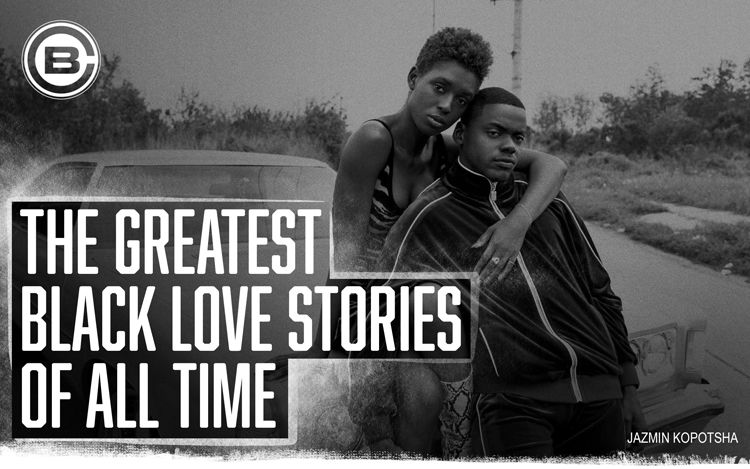 The Greatest Black Love Stories Of All Time

There’s something particularly special about seeing black love on screen. Granted, a significant part of that is because we don’t see it happen anywhere near as frequently as we should. Narratives around the black experience often zoom in on the pain and hardships of our community’s past rather than the joy and strength in our hearts and relationships. But there are some gems which manage to celebrate everything it is to love and be loved as a young black person – regardless of the issues that challenge it.

There are new films that redefine what ‘black love’ looks like, extrapolating a romantic narrative purely for what it is – romance. There are old films that shaped many of our understandings of the nuances of black love trying to blossom in surroundings that want to stamp it out. There are also stories that challenge black masculinity, the resilience culturally enforced in black women, and downright sexy ones that find the fun in straightforward attraction.

These are some of our favourite films in the canon of the greatest black love stories ever told:

Any film starring Lakeith Stanfield as the romantic lead is an automatic winner in my mind. Paired with the incomparable Issa Rae, we have a couple worthy of our unquestioned adoration. Period.

When her estranged mother dies, Mae (Rae) finds a photograph hidden in a safety deposit box. It triggers a determined investigation into her mother’s life and relationships, which inadvertently leads her into the arms of a young journalist called Michael (Stanfield).

There’s not been a film that has made my heart ache as fervently as this one. Jodie Turner-Smith and Daniel Kaluuya star as a couple who, after their first date, find themselves on the run after killing a white police officer in self-defence. There’s a complicated magic that comes from watching their love blossom from the most painful of places – the kind of love that immortalises them as a couple forever.

A mist of frustration and distress surrounds the context of Barry Jenkins’ beautiful film. We’re taken back to 1970s Harlem when racial tensions are high and injustice is both rife and anticipated. Tish (Kiki Layne) is pregnant and her boyfriend, Fonny (Stephan James) has been sent to prison for a crime he didn’t commit. Their love is resilient but we know it’s not enough to conquer a justice system built to oppress them. What is wonderfully overpowering, though, is the fierce and unwavering love Tish’s mum (Regina King), dad (Colman Domingo) and sister (Teyonah Parris) have for Tish and each other despite the strain and struggle placed before them.

It’s slim pickings for films that celebrate black love through an LGBTQ lens, but that’s not the only reason why Barry Jenkins’ Oscar-winning film remains so impactful. With brilliant disregard for the typical parameters of films about love, Moonlight offers a stark and moving look at masculine sexuality in a coming-of-age narrative that’s not easily forgotten. Mahershala Ali, Naomie Harris, Alex R. Hibbert and Janelle Monáe are all stunning.

Nothing quite competes with a real-life love story. Particularly when it’s the story of how our favourite president of the United States and forever first lady came together. Here we get to watch the story of Barack Obama (Parker Sawyers) and Michelle Robinson (Tika Sumpter) play out on the big screen and get a peek at how the world’s most powerful black couple came to be after one fateful date back in the summer of 1989.

I don’t know about you, but there was a period of time at school when Love And Basketball was the only acceptable answer when asked to name your favourite film. Following pre-teens Quincy (Omar Epps) and Monica (Sanaa Lathan) navigate life, love and, yes, basketball, was the coolest, most romantic thing to happen at the turn of the millennium. Without it, there would (probably) not have been a Coach Carter either.

There were many reasons to want to be Nia Long. She was the black female heartthrob of a generation and one of the reigning queens of black TV and cinema for an impressive amount of time. Watching her opposite Larenz Tate in the unbearably sexy Love Jones, however, was something else. This film was a vessel of understanding the difference between a relationship and a situationship.

Jason (Bokeem Woodbine) wants more than is offered by the rough neighbourhood in Houston where he lives with his mum and brother. When he meets Lyric (Jada Pinkett), however, his life and purpose are given new meaning. Their love blossoms, hits a couple of challenges and is messily interwoven between ongoing violence and tension in the background. It’s wildly melodramatic and almost all the more enjoyable for it.

All hail Janet Jackson and her incredible style, which so many of us tried to recreate after watching this film. She plays Justice, a woman grieving a murdered boyfriend and writing poetry to deal with the pain (see what they did with the title, there?). Iesha (Regina King) gives her a lift to Oakland and on the journey she meets Lucky (played by the Tupac Shakur), who challenges her to open up her heart to romance once more.