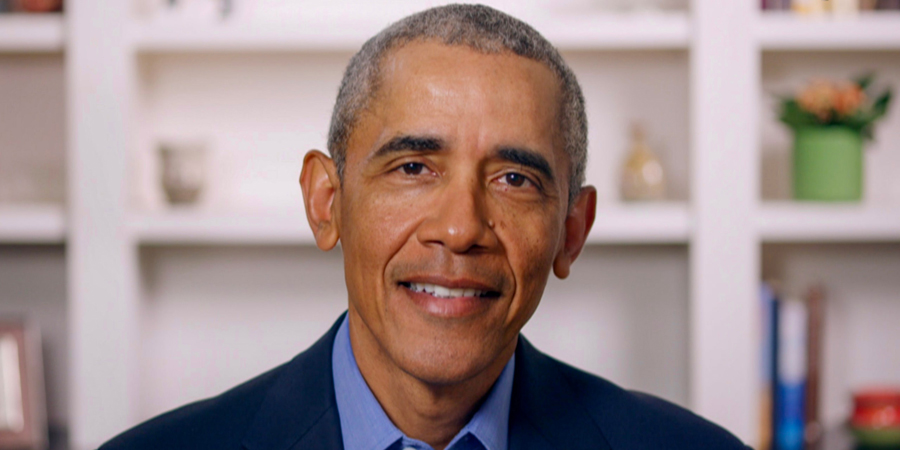 Former President Obama delivered his most blistering speech yet against President Trump in his prime-time appearance on Day 3 of the DNC, becoming visibly emotional during his roughly 20-minute remarks.

Obama spoke from the Museum of the American Revolution in Philadelphia, the birthplace of American democracy. With the Constitution as his backdrop, he slammed Trump, saying he has proven he cannot do the job — speaking directly to disaffected and undecided voters.

“Donald Trump hasn’t grown into the job because he can’t. And the consequences of that failure are severe,” Obama said. “One-hundred-and-seventy-thousand Americans dead. Millions of jobs gone. Our worst impulses unleashed, our proud reputation around the world badly diminished, and our democratic institutions threatened like never before.”

Obama said Biden and Harris will “restore our standing in the world” and move the country forward, and continued to hammer Trump and “those who enable him.”

“They understand that in this democracy, the commander-in-chief doesn’t use the men and women of our military, who are willing to risk everything to protect our nation, as political props to deploy against peaceful protesters on our own soil,” he said. “They understand that political opponents aren’t ‘un-American’ just because they disagree with you; that a free press isn’t the ‘enemy’ but the way we hold officials accountable; that our ability to work together to solve big problems like a pandemic depends on a fidelity to facts and science and logic and not just making stuff up.”

He called on Americans to make a plan on how they will vote, stressing the importance of voter turnout. As he spoke about voting rights and democracy, noting the conversations he had with the late civil rights advocate and congressman John Lewis, Obama appeared to get teary-eyed, with his voice almost cracking.

“I am asking you to believe in Joe and Kamala’s ability to lead this country out of these dark times and build it back better,” Obama said. “But here’s the thing: No single American can fix this country alone. … So I am also asking you to believe in your own ability — to embrace your own responsibility as citizens — to make sure that the basic tenets of our democracy endure.”