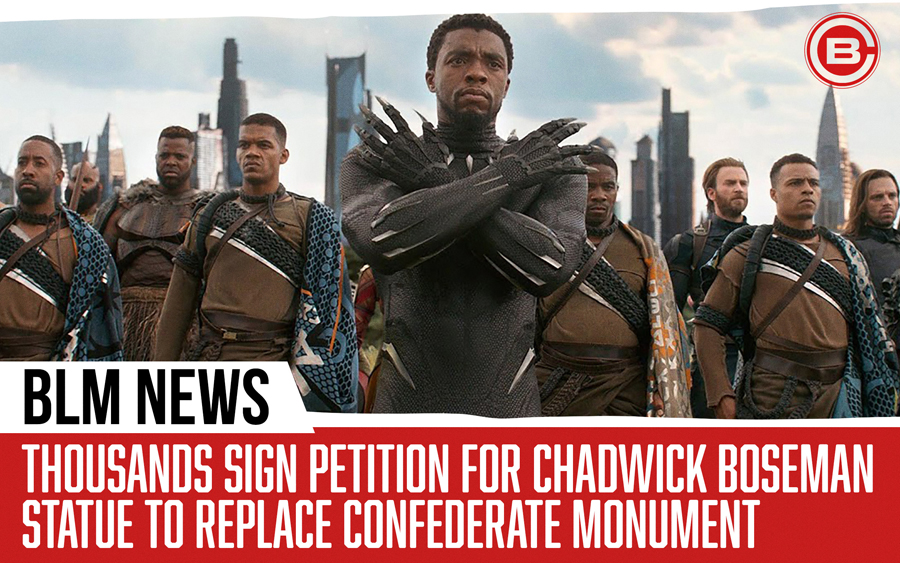 An online petition to remove a confederate monument in Chadwick Boseman’s hometown and replace it with a statue of the deceased star continues to gain momentum. Thousands of signatures have been collected in support of the idea.

As the world continues to reel over the announcement that Boseman, 43, passed away after enduring a four-year battle with colon cancer, tributes continue to pour in. More than just a Hollywood actor who starred in one of the highest-grossing films of all time, Boseman conducted himself as a true professional and humanitarian.

His status as a role model for Black communities everywhere has affected people of all ages and genders. And, as more time passes and people come to terms with just what this huge loss means, there will undoubtedly be calls to publicly honor Boseman in one way or another.

Exactly how the world can pay appropriate respect to such a superb talent and human being is debatable, but many feel that an excellent place to start would be in the star’s hometown of Anderson, South Carolina.